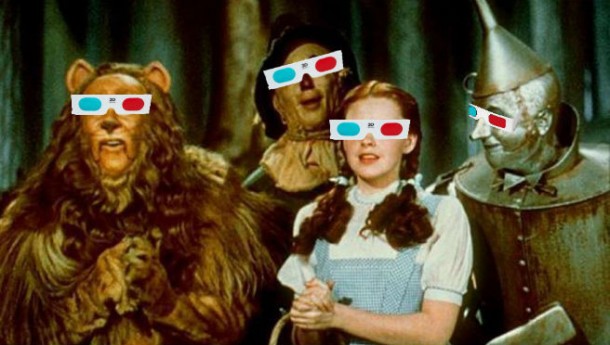 A while back we told you that Warner Brothers were planning a 3D BluRay release of The Wizard Of Oz, and we mused that a theatrical release was probably in the works. Well, earlier this week the WB confirmed it: The Wizard Of Oz will get a release in IMAX 3D, and I for one am very excited. I was lucky to catch the Raiders of the Lost Ark and Jurassic Park IMAX releases, and it’s truly wonderful to see beloved classics in a theatrical setting.

The Wizard Of Oz: The IMAX 3D Experience hits screen for one week only on September 20th, 2013.