It’s quite difficult to categorize Timothy J. Cox, except to say that he is a “scene stealer.” In roles large and small, clean shaven, mustached and / or bearded, the 35 year old character actor, with his stocky physique, twinkling eyes and kindly demeanor can play just about anything and has illustrated his diversity of talent in a wide variety of roles, whether on stage in the works of Shakespeare or in numerous critically acclaimed films roles, like as a mysterious shrink in the thriller The Watchers (Two Man Crew Productions), an endearing father in Yeah, Love (Find Emma Productions), a loopy principal in Gunderson’s (Dial Tone Pictures) and as a misanthropic literature professor in Socks and Cakes (Kimistra Films). Most recently, he proved that he’s full of surprises with his performance as a quiet, but very mysterious stalker in Terry Kendall and Orange Green (Meg Skaff Films). 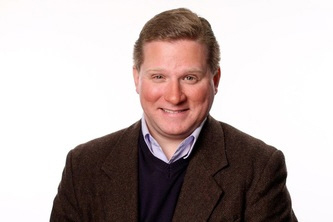 He has been called ‘’the Johnny Depp of indie cinema’’, by film critic Matthew Saliba of Rogue Cinema, ‘’for his ability to play almost every conceivable role a scriptwriter can come up with’’. These are flattering words for a guy who simply wants a career as a ‘’good supporting actor’’. I’d say he’s on his way to fulfilling that goal.

I had a chance to sit and chat with Tim about his work and his current projects, including upcoming film appearances as both God and the Devil.

Robert: Thanks so much for participating.

Cox: My pleasure. Thank you for having me.

Robert: How did your journey as an actor begin?

Cox: Well, when I was a kid, I was always a bit of show off, clowning around to make people laugh…doing bad impressions of Brando…but I never looked into getting on a stage or anything like that at that young age. I never had those aspirations to be an actor or an entertainer. I just liked goofing around. What I really wanted to be was an athlete…the next Joe Montana or Larry Bird. The only problem was that I was short, kind of awkward looking and that I had absolutely no athletic ability whatsoever, so I stuck to showing off and goofing around. The attention was nice, especially from the girls. One day, while at school…right before high school…there were auditions for the school play. I auditioned just to get out of class, got cast in the lead role and the rest is history.

Robert: What do you remember from that first acting experience?

Cox: I really didn’t think about ‘’acting’’ in that deep, serious way that first time on stage. All I really wanted to do at that time was get laughs. Again, the attention was nice. My love and respect for the ‘’acting’’ part came when I started studying. Around the time I started studying, I also saw a number of great performances that inspired me. Something clicked and I started to take it very seriously.

Robert: You’ve always been a film nut of sorts. On your blog http://everymanactor.blogspot.com, you’re always posting scenes from movies and performances that you love.

Cox: Oh, big time. Movies have and continue to influence and inspire my work and in many ways, my life. When I was a teenager in Delaware, I used to go to the video store, rent a stack of movies and spend my weekends in my parents’ basement watching master classes in acting from Humphrey Bogart, James Cagney,JackLemmon, Katharine Hepburn, Spencer Tracy, Jason Robards, Gene Hackman, Albert Finney and many more. I had quite the social life back then.

Robert: Nothing wrong with that from where I’m sitting, especially with a list of artists like that.

Cox: I was swept away by those actors and by acting in general. I learned so much from watching those different actors. They became teachers. I wish I could put them on my resume in the training section.

Robert: What performances have inspired you?

Cox: How much space do you have? Seriously, I could write a novel on this subject. So many performances, but the two that really stick out are Donald Sutherland in Ordinary People and Jack Lemmon in Days of Wine and Roses. Lemmon became the strongest influence on me as an actor. I clicked with him and with his characters, who seemed so familiar up there on the screen. I wanted to do what he did, make the connections that he made.

Cox: I did. It was and is the biggest thrill that I have ever enjoyed in my life. It was a year or so before he passed away. I saw him in a restaurant here in New York and after being prodded by a friend, decided to make the plunge and approached his table, told him what an inspiration he was to me. He was very kind and generous; even gave me a hug. Like I said, big thrill.

Robert: That’s great. Did you always know that you were going to be a supporting actor?

Cox: Oh yes. I knew very early on that if I was going to do this as a career and have any type of success that it was going to be as a supporting actor. It’s where I fit.

Robert: Is it important for an actor to know where they fit?

Cox: Absolutely. To me, it saves you a lot of heartache. Plus, I happen to love supporting roles.

Robert: What is it about supporting roles that appeal to you?

Cox: To me, the supporting roles are more interesting to play. They’re richer, more memorable, to me, at least. I’m not an actor who dreams of playing Hamlet, but you give me roles like Polonius or the Gravedigger and I’m in heaven. With supporting roles, you come on, do your thing and then get out of there. I love that.

Robert: In many of the films you’ve appeared in, the supporting roles you have played have turned out to be the most memorable performances in the film. The Watchers and Gunderson’s are great examples. The characters are unique, different and thoroughly watchable.

Cox: Thank you. With The Watchers and Gunderson’s, they were two great small roles in two great projects, where everything just clicked.

Robert: Richard Propes of The Independent Critic, a huge fan of your work, said this of your turn as Principal Cox in Gunderson’s, ”Cox manages to take relatively little screen time and make you sit there wanting more”. I’d say that is an accurrate description of a lot of your supporting performances.

Cox: I think that’s what makes a good supporting performance. You come in, score your points and then you’re out.

Robert: Your recent supporting work as the interestingly named Orange Green in the quirky comedy Terry Kendall and Orange Green proved that you are full of surprises as an actor. It’s different than anything you’ve ever done.

Cox: It’s a great part in a fun movie and I loved that it was something different.

Robert: Not to give too much away about the film or the character, but you play a man who stalks this young woman at her job.

Robert: And he’s a bit of a creeper.

Robert: But he was not a scary guy. I didn’t consider him a threat at all, but then he surprises you.

Cox: Those are the best characters to play. The audience has one perception of the character and then ‘’Boom’’ a surprise happens and it shocks the heck out of them.

Robert: And this was a comedy?

Cox: Sure was. I hesitate to refer to the film as quirky, but it’s a pretty accurate way to describe the film.

Robert: Peter Sanderson, in his review of the film on Cinemaroll, really hit the nail on the head with this line ‘’ If (Meg) Skaff had gone with some hulking Sid Haig-type , yes you’d be intimidated and scared as hell, but the film would have an overall different tone. Cox’s stalker isn’t intimidating or even scary, but man is he creepy, but even more surprising is that he’s even a little charming’’. How do you manage to make a character like this charming? Did you do any research on stalkers?

Cox: I thought a little about Ted Bundy when I approached this character. Bundy used charm to lure his victims. I also trusted Meg and the material she laid out for the cast, which was great.

Robert: What lessons have you learned and try to keep in the back of your mind when you are working?

Cox: That acting…no matter how long you’ve been doing it…requires a lot of discipline and commitment…and that you never, ever stop learning. Every rehearsal, performance or take in a film, good or bad, is important and educational. You never stop being a student in this work. To me, all actors are and should be works in progress. Also, keep it fun. I’ve always approached it like a kid at recess time. That’s what works for me. I believe…take the work seriously, but don’t take yourself so seriously in the work.

Robert: What’s next for you?

Cox: I just finished work on Meg Skaff’s next film, called Linda LeThorn and the Music Box. Details on that project are available on Meg’s site, which is www.megskaff.com. I am in pre-production on two comedy projects with All Things Random, one titled Greg’s Guardian Angel, which is about an ordinary Joe who’s guardian angel tries to lead him on the path to success, but also proves to be a bit of a nuisance and Marty and Doug’s New Religion Part II, which continues the exploits of two guys who started their own religion to avoid paying taxes and to meet women.

Cox: They will be. I’ve worked with Greg Vorob, Dan Conrad and Dan Kowalski of All Things Random on a number of projects, so the chance to work with them again on these two projects should be a real treat.

Robert: You’re playing both God and the Devil in Marty and Doug’s New Religion, Part II?

Cox: Correct. I’m not going to lie, I’m thrilled to death about it.

Robert: As you should be. Thank you so much for chatting with me today.

Cox: Thank you. It’s been fun.