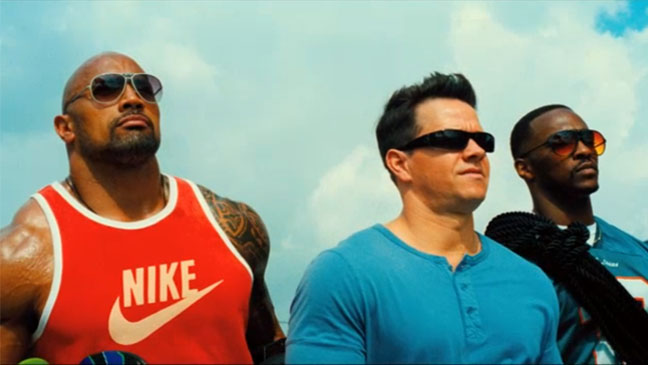 Some more than others, of course. The Transformers films are fascinating when viewed as a franchise hated by its own creator, and the Bad Boy films are experiments poking at how much we can push our protagonists toward moral anarchy while still rooting for them. They’re fine, but my heart will always belong to Armageddon and The Rock, a pair of films that push American pride and optimism to their absurd conclusions. Pain and Gain is the funhouse mirror reflection of those films, as well as the American Dream itself, with all the Bay-isms we know and love and a good ol’ fashioned portion of The Rock on the side.

Telling the astonishing true story of bodybuilders turned kidnappers, Pain and Gain stars Mark Wahlberg and Dwayne “The Rock” Johnson as a pair of bodybuilders obsessed with fame, fortune, and pussy. After pursuing several legitimate avenues to get ahead, they decide to take an illegitimate detour: kidnapping a tycoon who has a membership at their gym and beating him to a pulp. The end hope is that said tycoon will be so desperate to escape he’ll do anything to make his captors happy, including signing over every piece of his empire over to these roided out lugs.

The best part of Pain and Gain is that the film’s just as sociopathic as its characters, weaving a shocking tale with pitch black comedy bursting forth at any moment. This is Bay’s Fargo, a film that shines a light on some of the worst people to walk the earth and gives them complete, undivided attention. Harmony Korine released his scathing critique of the oversexed and underbrained in Spring Breakers this year, but Bay’s Pain and Gain blows that out of the water.

His secret weapon in doing so is Dwayne Johnson, who proves beyond the pale that he’s a hell of an actor and not just a charismatic slab of meat. He and Wahlberg bounce back and forth like pinballs, and lesser actors would collapse under the intense dynamic required for this to work. The pair are supported nicely by Tony Shaloub, Rebel Wilson, and Ed Harris, but this is really Wahlberg and Johnson’s show.

At least, it’s their show because Bay says its their show. I can’t emphasize this enough: this may be Bay’s masterpiece. Just as The Prestige is the key to unlocking Christopher Nolan and American Graffiti is the key to understanding George Lucas, Pain and Gain is the essential Bay film, and I’m a bit terrified by what I’ve discovered here. Terrified, but exhilarated. 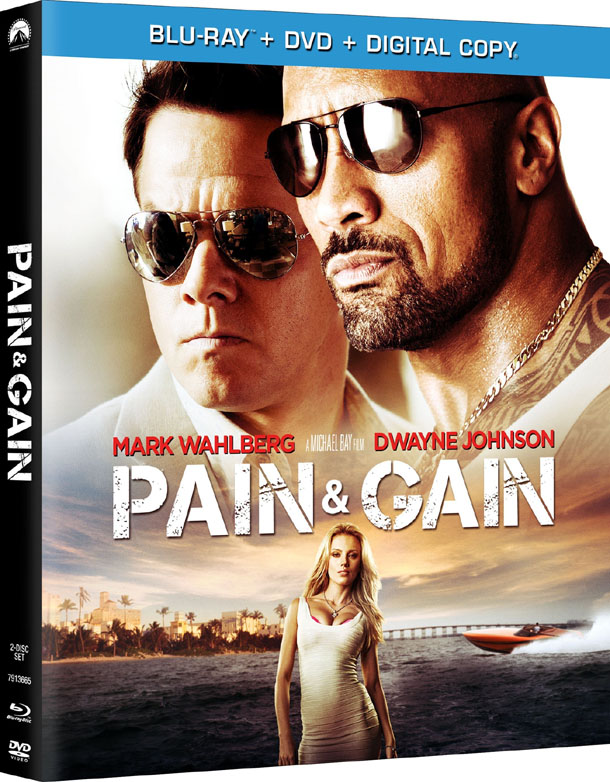 Pain and Gain is now available on DVD and BluRay. You can order a copy right here.