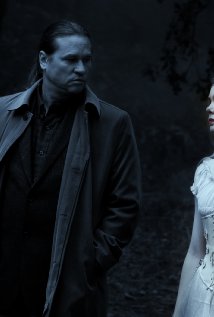 A new Francis Ford Coppola film has been in the works for quite some time now. The film, Twixt, stars a favorite actor of mine, Val Kilmer as Hall Baltimore, a writer who comes to a small town for a book collaboration and finds himself caught up in the midst of the mystery of a young girl’s murder. The film is due for its first release at the Toronto International Film Festival.