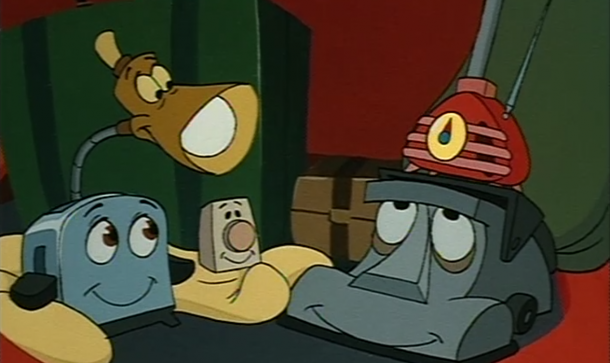 Waterman Entertainment, the production company behind the Alvin and the Chipmunks trilogy*, has announced their intention to develop a live-action/CGI remake of The Brave Little Toaster, the beloved 1987 animated film originally developed by PIXAR chief John Lasseter and written by Joe Ranft, writer of Toy Story, A Bug’s Life, and Cars.

“Waterman has raised a development fund to acquire, option and develop well-recognized family properties and brands that adhere to specific elements that we deem suitable to create CGI/live action hybrid films with potential for licensing and merchandising,” the company’s Tucker Waterman told the Wrap yesterday.

The Brave Little Toaster is a cult classic for animation fans, detailing the journey of several household appliances as they make their way to their master’s new home after being left behind. Waterman discussed his intent to update the appliances, specifically mentioning 21st century gadgets such as the iPhone.

We can all agree this is an awful idea, right?

*We live in a world where there’s an Alvin and the Chipmunks trilogy. Think about that, America.