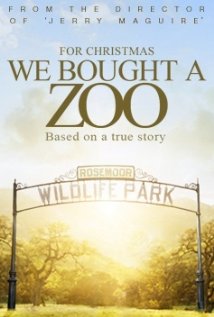 I’ll be honest, Cameron Crowe‘s films get to me in a weird way, so much so that I genuinely love every one of his movies. Say Anything and Singles are great, and Jerry Maguire is just fantastic. Almost Famous is my favorite movie, period, and Elizabethtown is a fascinating mess that is a strong contender to be next in my You’ve Got It All Wrong series. So it doesn’t surprise me that the trailer for We Bought A Zoo blows me away.

There’s so much to dig here. The Jerry Maguire tone. Matt Damon. Scarlett Johansson. The gentle use of Hoppipolla, music that needs a delicate touch and rarely gets it. I just can’t wait for this. If you haven’t seen the films I mentioned previously, you should really get on that. You’re missing out on some great work by a director who doesn’t get nearly the acclaim he should.