I was beyond excited to be able to get to my very first Comic-Con in San Diego last weekend. I arrived in late Wednesday night and caught a few hours of sleep before heading straight to the convention center. After a quick check in, I received a souvenir bag which was very nearly as big as me and headed into the exhibit hall with friend, Jennifer (@FoxyVicious) and her family. 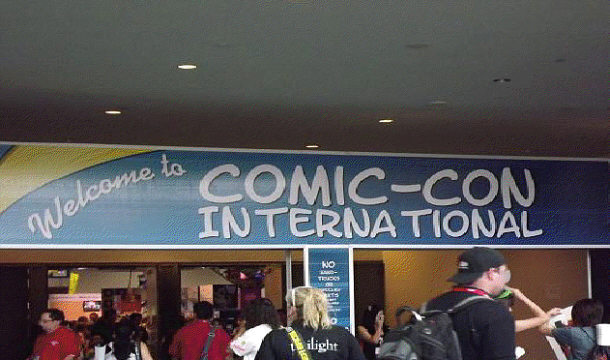 I thought I was prepared for the immensity of it all, but I so wasn’t. You can’t even see from one end of the exhibit hall to the other. It was already packed with people and any time I went into the hall, I basically did my best impression of a pinball. 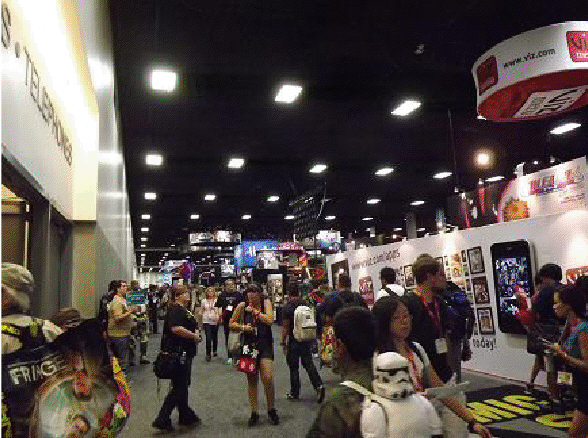 The very first panel I got to was the one with Katrina Hill (@ActionChick), Adrianne Curry (@AdrianneCurry), Bonnie Burton (@bonniegrrl), Clare Grant (@ClareGrant), Jill Pantozzi (@TheNerdyBird), Clare Kramer (@ClareKramer), Kiala Kazenbee, and Jennifer K. Stuller. This was called, “Oh you Sexy Geek” and I think it was awesome! Adrianne was dressed as Leeloo from the Fifth Element (one of my favorite characters) and they were all very vocal about their thoughts on the topic of if ‘sexy’ girls could be considered ‘geeks’. 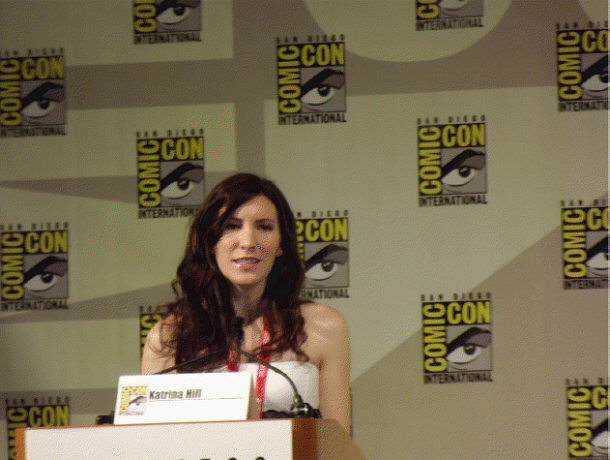 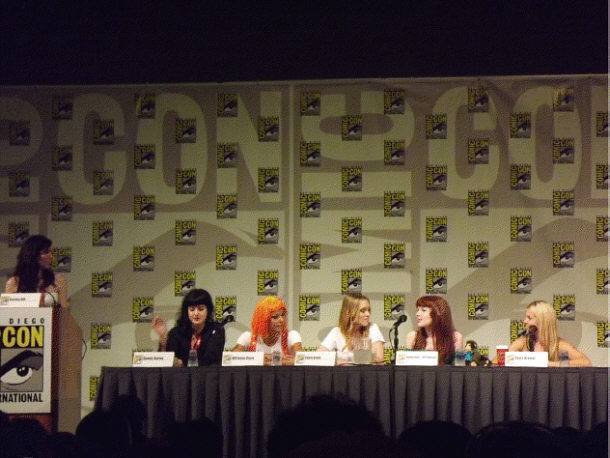 The majority of women characters in comics and the like are scantily clad, so as Clare Grant quoted, “They’re not bad, they’re just drawn that way.” The overall message of the panel was that nobody should be able to stop you from doing something that makes you happy. Rock on! Bonnie also requested more cosplay as buildings. She would like to see a really hot Chrysler building. 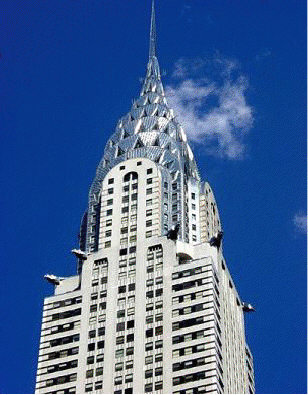 I then spent more time in the exhibit hall doing my pinball impression, and worked my way over to The Walking Dead booth and took my picture with an extremely unhelpful Merle. 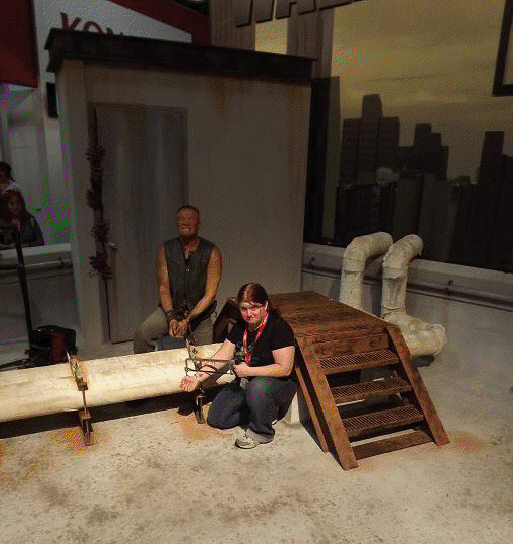 (Friggen Merle just sat there with a pained look on his face and wouldn’t help me at all!)

On Friday I got to 2 panels, one for Falling Skies and one for Resident Evil games. Both were awesome! The Falling Skies cast were making jokes as others were answering. The go-to answer became “I’m going to have to think about that and write it down in my book. I’ll get back to you.” after Will Patten pulled that response out to a detailed question. When he said that, Noah furrowed his brow and said, “Hey! I didn’t know we could do that!” We all also found out that Noah blushes easily when Moon talks about the love interest between their characters. 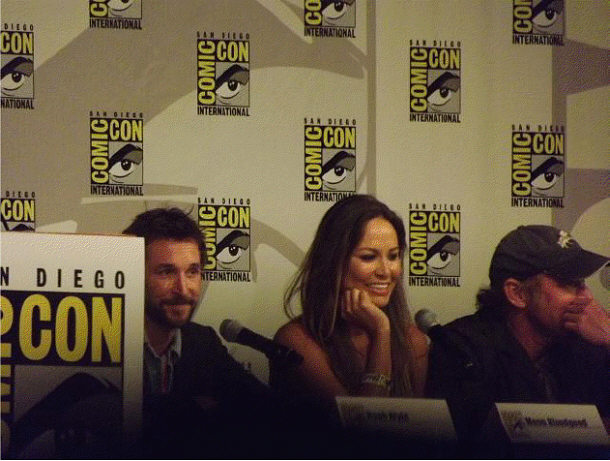 This panel is also when I experienced my cool give away panels do sometimes. They gave us a raffle ticket and we were told to go to the fulfillment room which was at the hotel next door. I got this cool hoodie. 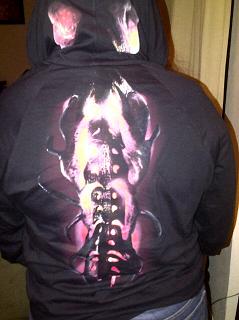 The Resident Evil panel renewed my faith in the games as they seem to have gone back to the original feel that first drew me in. I want all the new games. Right now! Unfortunately, they haven’t come out yet. *sad*

Friday ended up being my day of panel fail as I did not get into The Walking Dead, Warehouse 13, Dr. Who or True Blood. I instead decided to turn the day into a day of finding people in cool costumes. I posted some on my twitter page but here are some that I got only with my good camera. 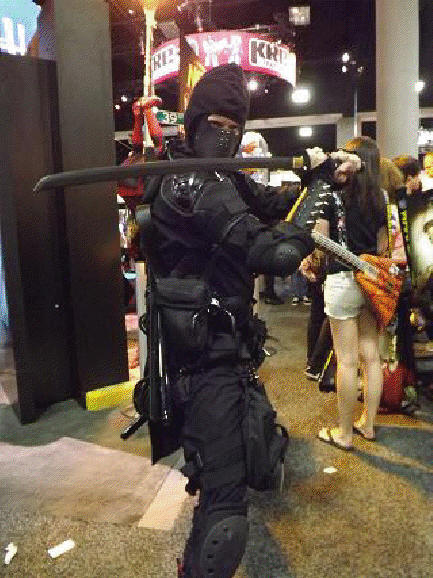 (He was really into character, striking new poses for everyone.) 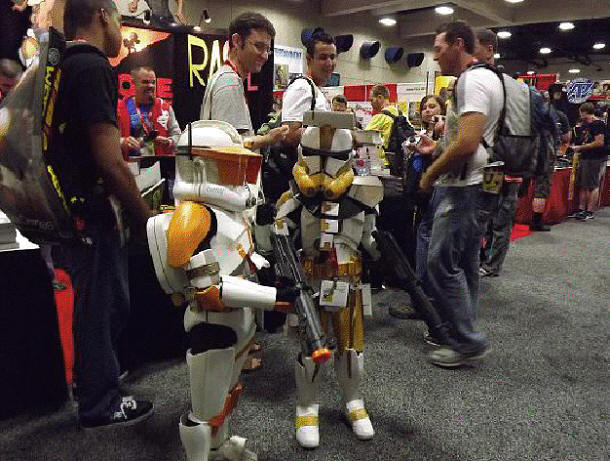 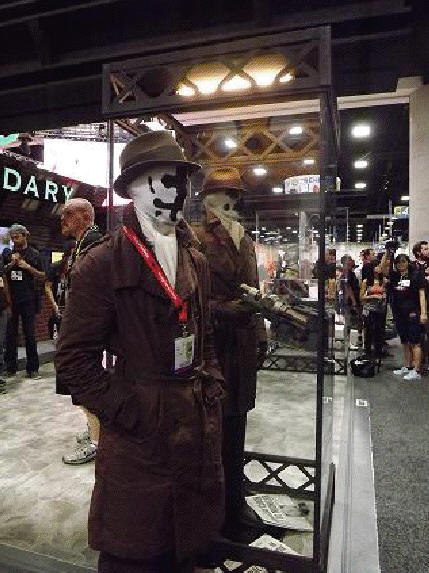 (Love this one!! Yay Watchmen!)

I was taking a break and found a place to sit and charge my phone when this lady walked by. I thought she looked gorgeous and had the biggest smile of anyone I’d met at the con so I had to get a picture. 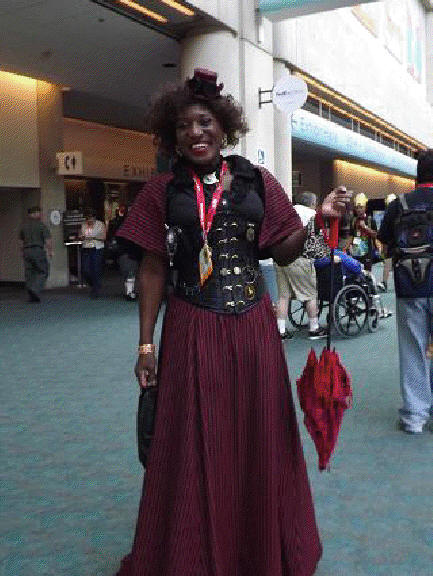 As we were leaving, I found this whole family who had dressed up. They looked so awesome, I needed a picture. 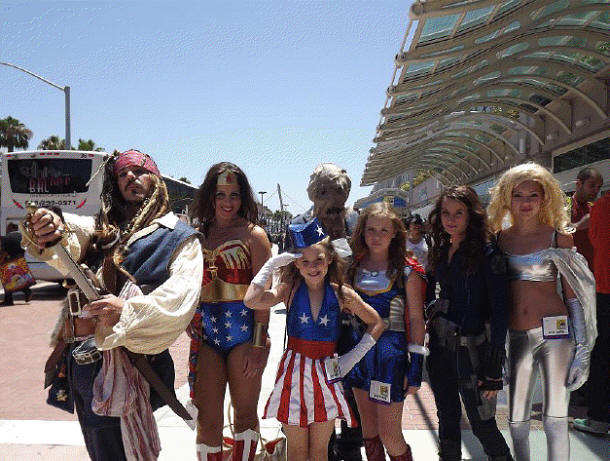 Saturday was a day of more panels I was determined to get into and more costumes. My everything was hurting by this time as it was very difficult to find a place to sit down, and you’re so busy that you forget to eat.

The main panel I wanted to get into was for Garth Ennis. He is amazing. Usually I use more cuss words to describe him because he is THAT awesome to me but I am refraining. I went into a DC Comics panel which was before Garth’s to be positive I would have a seat. Turns out the DC panel was totally worth it and there’s some new comics coming out that look pretty cool (Demon Knights, Animal Man). It was then time for Garth Ennis and I got as close to the front as I could and got lots of pictures. Poor guy was getting blinded by all the spotlights and was squinting most of the time. 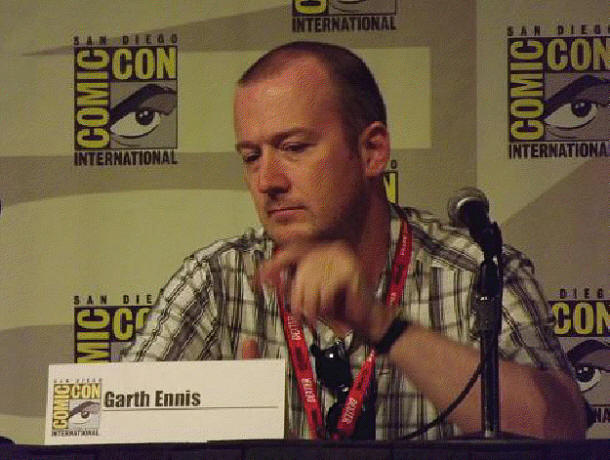 We got a preview of the movie he made, Stitched. The creatures were interesting of course, but unfortunately I wasn’t terribly thrilled with the acting. During his panel he spoke of his love for the US as he just recently became a citizen. He also spoke of the future for his work. We’re going to have lots more to look forward to in the future. I need to look into “The Boys” apparently.

Sunday, the last day of the convention, *sad*, I got to a panel for Max Brooks. The creator of World War Z and the Zombie survival guides. I was hoping for some tips for the impending apocalypse, but was treated to very in depth questions from the crowd about World War Z (which is currently being filmed) and Max’s sense of humor. He kept saying he’s no comedian, but the whole room was laughing throughout the entire panel. Max pulled up the first 6 people in the front row to make it more of a ‘panel’ because he was the only one up there and felt lonely. 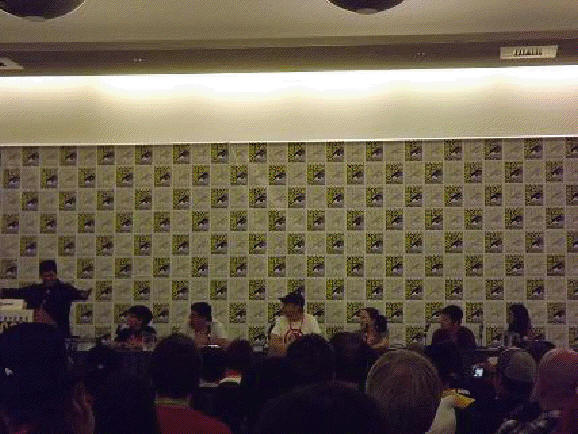 And this was my favorite one I got of him. 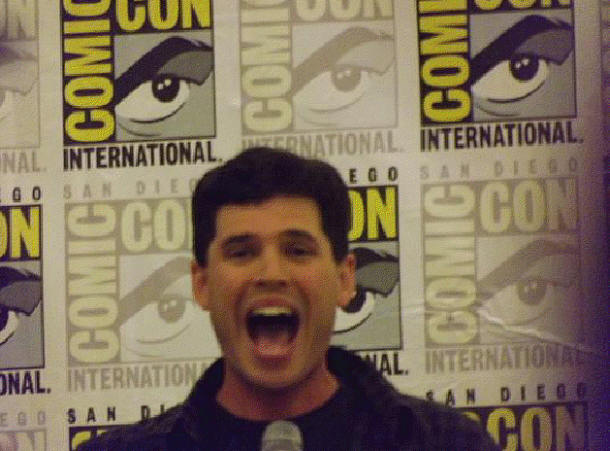 Not too long after that, the exhibit hall was closing and we had to make our way out of the building. 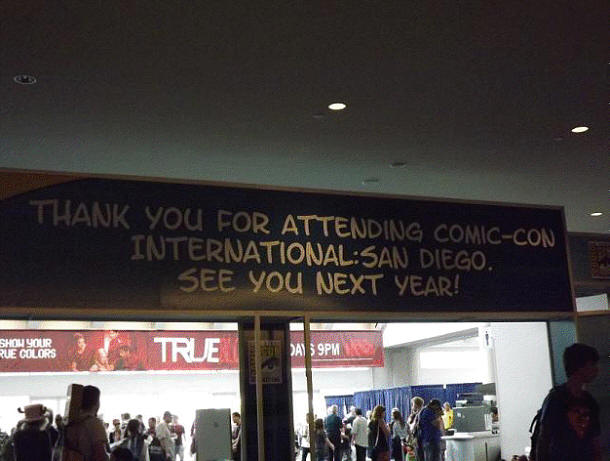 Oh Comic-Con, I will miss you. I hope I can go every year from now on.