Devil’s Pass is inspired by the true events of the 1959 Dyatlov Pass Incident where nine experienced hikers were found dead under mysterious circumstances in the Ural mountains of Russia. At some point in the night, in below zero temperatures, with snow falling all around them it is reported that the hikers cut open their tent from the inside and fled camp. Most of the group weren’t even wearing shoes they left barefoot and barely dressed. Even though there were no signs of a struggle some hikers had broken ribs, skull fractures, and one was even missing her tongue. However, in each of these cases there were no outward signs of injury. Traces of radioactive contamination were found on a few of their clothes. It was finally deemed that all deaths were caused by “a compelling natural force”. Conspiracy theorists unite!

Vikram Weet, in his writing debut, presents the real history of the Dyatlov Pass Incident while introducing us to his Devil’s Pass characters. Five young filmmakers set out to Russia to retrace the hikers’ fateful steps down the doomed path. As far as found footage films go Devil’s Pass was impressive with the cinematography. So often in this genre I find myself a little nauseous with the shaky camera footage. However, this time there was only one moment where I was aware that I was watching a found footage film. You get hooked in so quickly and so early that it feels as though you are watching a real documentary. The tension is almost suffocating as we wander deeper into the mystery. The audience gets drawn into the ebb and flow of the excitement and reservation during the trek.

The characters are a great blend of experience and novice when it comes to both the filmmaking and the hiking. As they get to know each other we continually look for clues to solve yet another mysterious disappearance. The mood is set with the stark background of snowcapped mountains. With exception to a few trees and boulders our characters are alone in the wild with nothing to keep them company except each other and their imaginations. When things take a turn for the worse they are left with two options either push forward or go back. And, just like the Dyatlov group they set their fate with their decision. Is exploration really worth the cost of life? They may or may not find that answer at the top of the mountain. You will have to watch to find out.

The ensemble cast of Devil’s Pass created realistic characters and the emotional tone of each scene is played out perfectly. They give just enough hints to keep you wanting more, but not enough to give anything away. It was almost as if the actors themselves weren’t sure of the outcome of this adventure. Director, Renny Harlin, once again shows his comfort working in an unforgiving terrain of snow and freezing temperatures. He somehow manages to find warmth through the interaction of the characters which cuts through the fear of the unknown. Each step of the characters, and each scene of the film, are meticulously calculated to create the perfect snare which we all fall prey to.

Devil’s Pass is a film that leaves you stunned in your seat wanting to immediately watch it again. Even though there are many breadcrumbs left along the way I was completely floored at the direction I ended up snowballing toward. I’ve always heard that if you are stuck in an avalanche to try and “swim” with the direction of the snow. Whether or not that actually works I was trying my hardest to swim along this crazy ride, but I still ended up packed under hundreds of feet of snow. Chilling to the bone.

*Devil’s Pass opens this Friday (8/23) in theaters. Also available on VOD and Digital. Check your local listings and be sure to wear a scarf. For more information visit the official site on IFC Films. 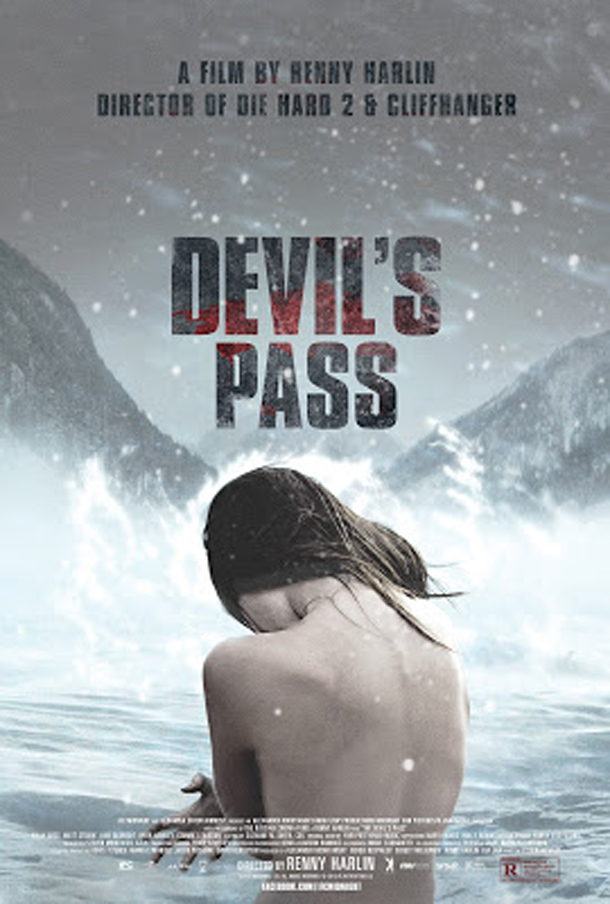