Rian Johnson’s Looper hits theaters next Friday, and the film has gotten some incredible advance word, many citing it as the best film of the year.The flick currently sits at an astonishing 97% approval rating, higher than The Master, Argo, Cloud Atlas, and other heavy hitters that premiered at the Toronto Film Festival. Today, Film District released a new poster for the film as a last ditch effort to promote it, and it is pretty freakin’ awesome: 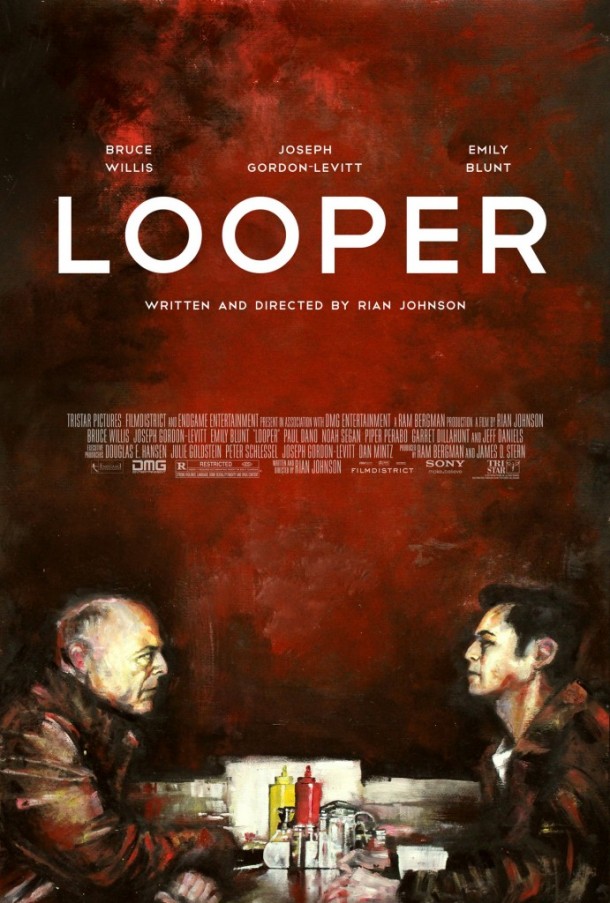 Director Rian Johnson has a history of films with beautiful posters: his previous films Brick and The Brothers Bloom also had some pretty nifty designs: 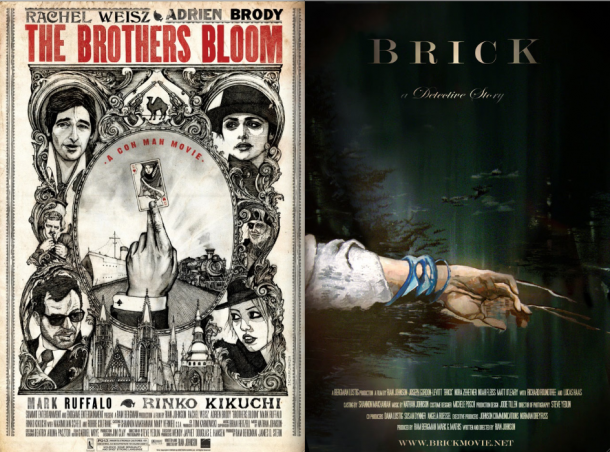 In a futuristic gangland in the year 2042, a 25-year-old assassin named Joseph Simmons (Joseph Gordon-Levitt) works for a mafia company in Kansas City as a “Looper”. Loopers kill and dispose of agents sent by their employers from corporate headquarters in Shanghai from the year 2072. Loopers are foot soldiers, paid on the condition that all targets must never escape. When Simmons recognizes his target as a future version of himself (Bruce Willis), his older self escapes after incapacitating him. The failure of his job causes his employers to come after him, forcing him to fight for his life as he hunts his older self.

I’ve been excited for Looper since I first heard Johnson mention it years ago in interviews, so I’m stoked to finally get a chance to check it out next Friday. I hope you all do the same.