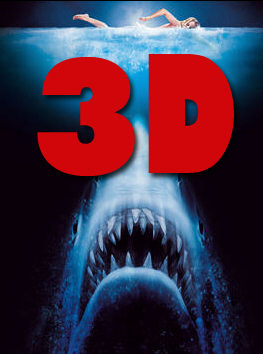 If you thought it was safe to go back into the water, then think again.  Universal Pictures is considering a remake of the 1975 classic movie JAWS in 3D. These days there are more graphic special effects and movies can now be made in 3D, which would make the shark appear bigger and scarier looking and to get the new younger viewers hooked on this blockbuster hit.  I couldn’t find out who was going to be in the cast, but there are reports that Tracy Morgan has considered playing Matt Hooper, a role which was played by Richard Dreyfuss in the original film.  Tracy Morgan has said to MTV news that he “would love to do the remake of JAWS, but has not been approached yet”.  Do you think that Universal Pictures should remake JAWS or leave it as a classic?  I will keep you updated about this massive rumor of the remake of this film when I find more information.