Taking place mere days before Carpenter’s film, The Thing details the events that befell the Norwegian outpost in Antarctica that eventually lead the alien to the American research facility. In the 1982 film the crew explores the remains of the Norwegian camp, and this 2011 flick works almost like a CSI re-enactment of the grotesque scene. Remember the bloody axe stuck in the wall, and the feeling of dread and wonder about how it got stuck there? Well get ready to find out.

The amount of detail into reproducing the early 80s setting and laying out how all the shit went down is amazing. Clearly the filmmakers studied Carpenter’s work with a keen eye. The real shame is how utterly pointless the proceedings feel.

The problems with prequels are that we know how it’ll all end, and with The Thing, we know for a fact that all these characters will die save for two who’ll chase the beast across the snow in a helicopter as the end credits roll. So instead of figuring out which character is pretending to be the Thing, viewers are subconsciously figuring out which character will get killed next. It doesn’t help that the actors fail to make these people stand out as anything more than names on a list. There’s the black guy, the pilot, the boss, the girl, the guy with the beard, etc. The ’82 Thing wasn’t a master class in character study, but at least I can remember the characters’ names.

Ok, fine, you may say. What about those of us who haven’t seen the original, you massive nerd? Will this work for us? And unfortunately the answer is no. That’s where the misunderstanding comes into play. This Thing does a terrible job of setting up tension or atmosphere. The kills don’t come as surprises, they just happen arbitrarily. The mystery is destroyed because the Thing is obvious at all times, so there’s never any true scares. It doesn’t help that most of the time the alien reveals itself for absolutely no reason. In Carpenter’s film the beast was scared and tried to stay hidden at all times, only coming out when absolutely necessary. Here the beast just pops out without thought. A friend of mine has argued that this makes for some slight character development for the Thing: He makes so many mistakes this time that he tries a different tact the second time around. That’s a nice thought, but I just don’t buy it.

No, this just feels like a very expensive fan film. A couple producers got together and decided they really loved Carpenter’s film and decided to explore the world a bit. I admire their taste but I don’t admire their tact, and while this isn’t a terrible film, it is one that simply makes the wrong choices at every opportunity. 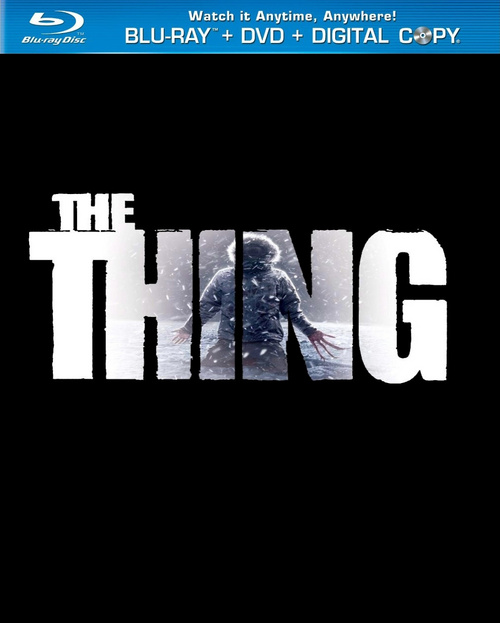 The Thing is now available on BluRay and DVD. You can order it here.