I liked War Horse a lot, so I’m excited to share the details on the film’s home video release with you all today.

Legendary Academy Award-winning motion picture director/producer Steven Spielberg presents the critically acclaimed and multi Academy Award-nominated epic adventure “War Horse” on Blu-ray, DVD, Digital and On-Demand, April 3rd, 2012. This newest home entertainment release not only enthralls viewers once again with its visually stunning and emotionally heartwarming story on the Blu-ray, but also offers an unprecedented look into the making of the film by Spielberg himself.

The extraordinary journey of courage and friendship as seen through the eyes of one unforgettable horse named Joey and his miraculous journey to find his way back home, “War Horse” is a must own contemporary classic for everyone’s home entertainment collection. Spielberg’s renowned creative passion and artistry not only shine throughout the film but are also evident in all the fascinating bonus features included exclusively on the Blu-ray disc.

You can read my original review of the film right here. 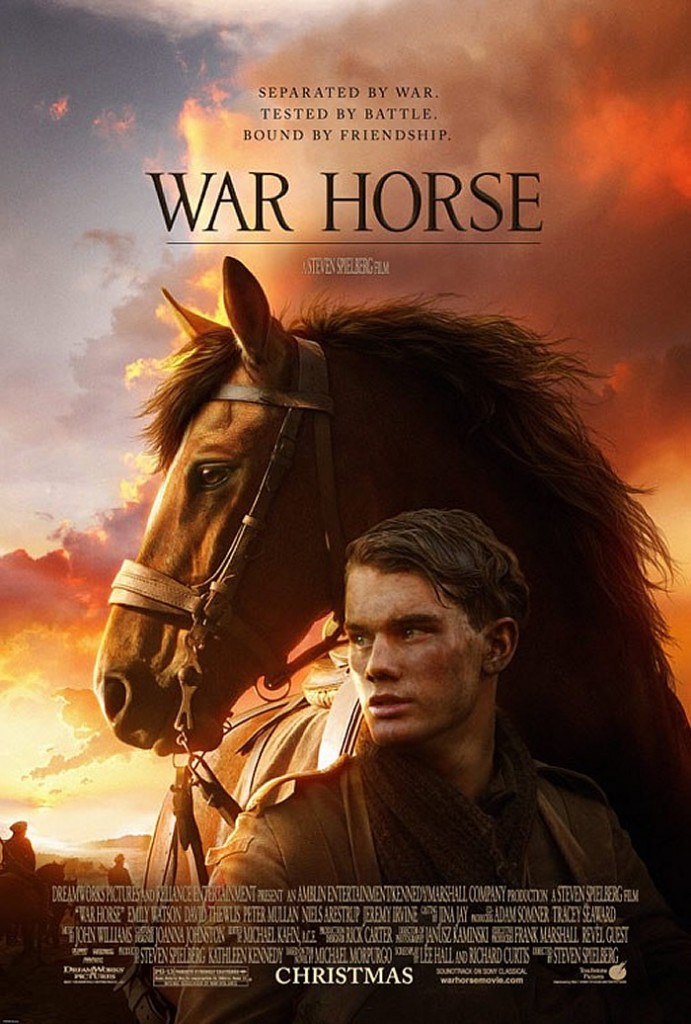 You can bring War Horse home on April 3rd, 2012. You can pre-order a copy right here.