7:30PM: The red carpet has been unfurled and the stars are currently making their way into the Kodak Theater. The ceremony begins at 8:30pm EST, and I’ll be live blogging the event once it kicks off. I won’t be covering the fashion and red carpet shenanigans (I’ll leave more qualified folks to that task) so this page will be quiet until the awards get handed out. Once Billy Crystal takes the stage I encourage you to refresh the page every few minutes for updates.

If you’re curious, my predictions can be found right here. If you want minute to minute wisecracks, re-tweets and updates, you can follow me on Twitter here.

8:42PM: After a now-standard opening that splices Billy Crystal into the Best Picture nominees and a rousing musical number, the first awards are handed out by Tom Hanks.

Best Cinematography goes to Hugo. I picked Girl With The Dragon Tattoo, so I am 0/1.

Best Art Direction goes to Hugo as well, which I did predict. I’m 1/2, and glad to see Hugo get some love.

8:56PM: Cameron Diaz and Jennifer Lopez presents the Best Costume Design award to the folks behind The Artist. I bet on Jane Eyre, so I am 1/3 so far…

9:08PM: Sandra Bullock steps up to present Best Foreign Language Film. I predicted A Separation, and A Separation wins!! 3/5!!

9:12PM: Christian Bale presents Best Supporting Actress to Octavia Spencer. Spencer has had this in the bag, and my odds are improving. 4/6.

I’m marveling at how smooth this ceremony is running. There’s a sense of class to the proceedings that the past few years have lacked. Billy and Co have done well.

9:30PM: Tina Fey and Bradley Cooper arrive to present Best Editing. I guessed Moneyball, which was a bit of a gamble. The gamble didn’t pay off, and the editors for Girl with the Dragon Tattoo won. This is their second win in two years. They won last year for The Social Network.

The Sound Editing and Sound Mixing awards are presented next to the folks behind Hugo, which I did predict. I’m 7/9, and grinning like crazy. So glad to see Hugo get so much love.

Most pundits claimed the Oscar race was between The Artist and Hugo for the big prize. So far Hugo has got 4 awards, The Artist has got just 1. I’m sticking with my pick for The Artist to win big, but I’d be really pleased to be proven wrong.

9:48PM: Iron Man and Pepper Potts are on hand to present the Documentary awards which I chose to not try and predict. The winner is UNDEFEATED for Best Feature Documentary.

Chris Rock steps on stage to award the Best Animated Feature Oscar. I predicted Rango to win, and win it does! I’m 8/10, and while I’m sad Kung Fu Panda 2 didn’t win I can understand the support Rango has behind it.

10:00:PM Ben Stiller and Emma Stone present the award for achievement in Visual Effects. After some pretty funny schtick (dang I love Emma Stone) the winner turns out to be Hugo, which is a crazy upset. The Academy is really rallying behind Scorsese’s flick. I’m 8/11

10:02PM: The lovely Melissa Leo presents the Supporting Actor Oscar to Christopher Plummer for his work in Beginners, which I predicted. I’m 10/12, and happy for Mr Plummer, a very classy guy who just set the record for eldest actor to win an Academy Award. The Von Trapp patriarch finally has the Gold he deserves. “You’re only two years older than me, darling. Where have you been all my life?”

10:15PM: After a cute “What Are They Thinking?” bit from Crystal, Penelope Cruz and Owen Wilson step up to present the Oscar for Best Original Score. I picked The Artist to win, and I was right! Votes for Williams probably got split between his two nominations, and the other guys just couldn’t compete. I’m 11/13.

10:19PM: Will Ferrell and Zach Galifinakis thunder on to the stage to present Best Original Song. Man or Muppet takes it like the cakewalk it is. I’m 12/14!

10:34PM: Angelina Jolie shows up with some serious legs to present the screenwriting awards. First up is Adapted Screenply, which deserved goes to Descendants. This will probably be their only award tonight, and I’m glad to see them get it.

Original Screenplay Oscar goes to Woody Allen for Midnight in Paris, who of course doesn’t show up to get it. He doesn’t believe in the awards but his fans such as myself can certainly rally around the victory regardless. After these two awards, I’ve predicted 14 out of the 16 right.

10:47PM: The cast of Bridesmaids is on hand to present the three short film awards, all three of which I didn’t try predicting. Best Live Action Short goes to The Shore,  Best Documentary Short goes to Saving Face, and Best Animated Short goes to Fantastic Flying Books of Mr Morris Lessmore. Since I didn’t try to predict these I won’t knock it against my average. The Shorts are the Free Space on my Oscar Monopoly board.

10:55PM: Michael Douglas presents the Best Directing Oscar to Michel Hazanavicius, the director of The Artist. I’m severely disappointed that Scorsese didn’t get this, but I did call Hazanavicius’ win back when I was making final predictions. I am, regrettably, 15/17.

11:20PM: Next up is the Best Actor Oscar presented by Natalie Portman. I predicted Jean Dujardin to win, and he took home the gold. I really hoped George Clooney would snatch it away at the last minute, but alas. 16/18.

11:33PM: And now it’s time for Best Actress, which has had Viola Davis’ name on it since mid October. But Meryl Streep grabbed it at the last second! Wow. This is the biggest surprise of the night aside from Hugo‘s win for visual effects. 16/19.

11:40PM: And now the main event. The Best Picture Oscar is presented by Tom Cruise, and the winner is……

With The Artist victorious my Oscar picks went 17/20, an 85% accuracy rate. A little better than last year, but not much. I’m sad Hugo couldn’t pull from behind and get a victory, but the film did tie The Artist for total wins, 5 Oscars each.

Overall this has been a much better ceremony than last year’s. Some people griped when Billy Crystal was tapped to host, but you gotta admit, the guy knows how to keep things moving quickly. I’d like to give a shout out to Miss Melissa Sheets who created the banner image for this article. Thank you all for joining me here tonight, and I hope see you all again this time next year for the 85th Oscar Ceremony. 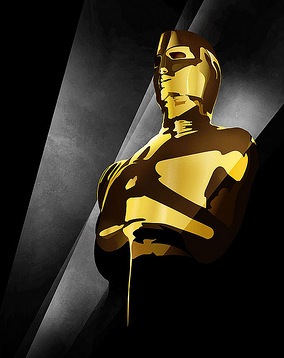