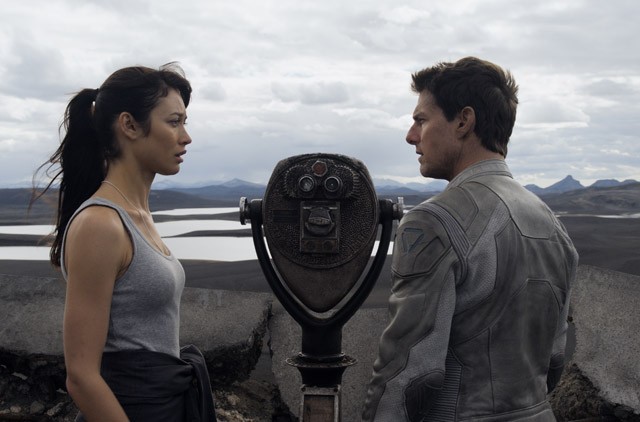 If you took every major sci-fi landmark of the last fifty years and put them in a blender, the result would look an awful lot like Joseph Kosinski’s Oblivion. That isn’t necessarily a problem, as the genre is constantly riffing on that which came before, but die hard sci-fi fans will find little new here. But they will find all the great tropes well served here, beautifully shot in Kosinski’s cool and calculated style. Kosinski’s Tron: Legacy was similarly beautiful, but Oblivion has a heart here that Tron desperately lacked, and that heart is almost entirely supplied by Tom Cruise.

Cruise plays Jack Harper, the lone technician left on earth to maintain the drones that monitor and repair our dying planet. The rest of humanity has evacuated to outer space after a long finished war with an extraterrestrial race left Earth battered and nearly uninhabitable. Jack’s only human companion is Victoria (played by Andrea Riseborough), who acts as his eyes in the sky while he does the dirty work on the ground. The pair report to Sally (played by Melissa Leo), their correspondent with what remains of the human military. Jack spends his days repairing drones and investigating the desolate remains of New York, all the while experiencing flashbacks to a life he doesn’t remember living, and a wife he’s never actually met. He can’t help but feel like not everything is what it seems, and of course, he’s right.

There’s a strong emotional spine to Oblivion that comes from Jack’s relationship with Victoria and his own misplaced memories. Cruise commits himself 100%, as he always does, and the results are riveting. To divulge further would be to ruin the major twist of Oblivion, but suffice it to say that Cruise has plenty to chew on not just as an action star but as an actor, and he commits himself well.

The nicest thing about Oblivion is the streamlined simplicity to it. This is a solid, mid-level science fiction film, akin to Looper or the original Total Recall: The effects are believable, the script is strong, and the action and direction are more then competent. It may not be a great movie, but it is certainly a great time, and while those familiar with the genre may see the twists and turns coming, a ten year old with an active imagination will run wild with what Oblivion has to offer. if you’re looking for a solid sci-fi flick to check out with the whole family, Oblivion more than fits the bill. 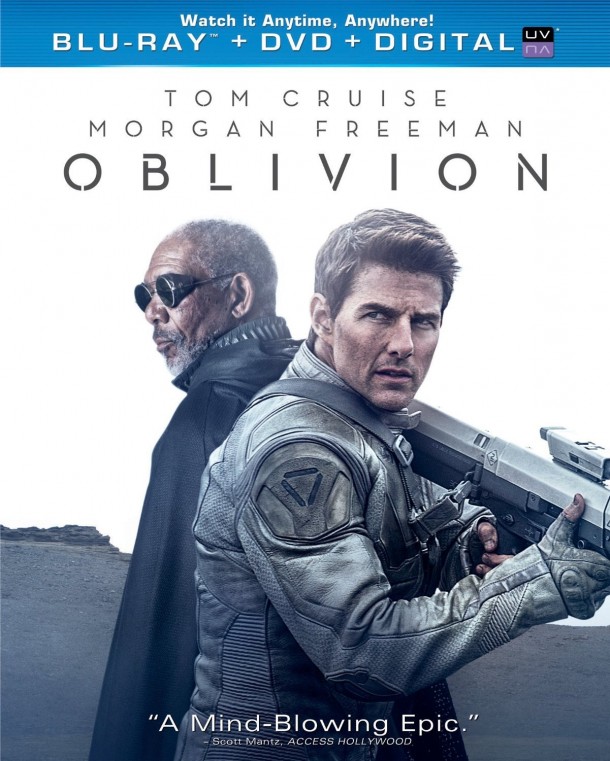 Oblivion is now available on DVD and BluRay. You can order a copy right here.