Satellite of Love is an independent love story film starring Nathan Phillips (Snakes on a Plane), Shannon Lucio (True Blood), Zachary Knighton (Happy Endings), and Janina Gavankar (True Blood). This film is directed by Will Moore and written by Jonathan Case & Will Moore. Produced by

Life is a journey… LOVE IS A REVOLUTION

To atone for his absence at their wedding, globe-trotting and hard-partying musician, Samuel, invites his best friend Blake, a successful chef, and Blake’s new wife Catherine (with whom Samuel has previously shared both a bed and a bond) to idyllic Nadi Vineyards for a week-long party in paradise. Samuel imports hottie, cosmopolitan DJ, Michelle, from Barcelona to stir the pot and as the wine flows and records spin this complicated, revolving love amongst young “adults” is thrown out of orbit. Did Catherine settle down or did she simply settle? Did she trade passion for security? Is Sam’s relentless quest for freedom really so care-free? 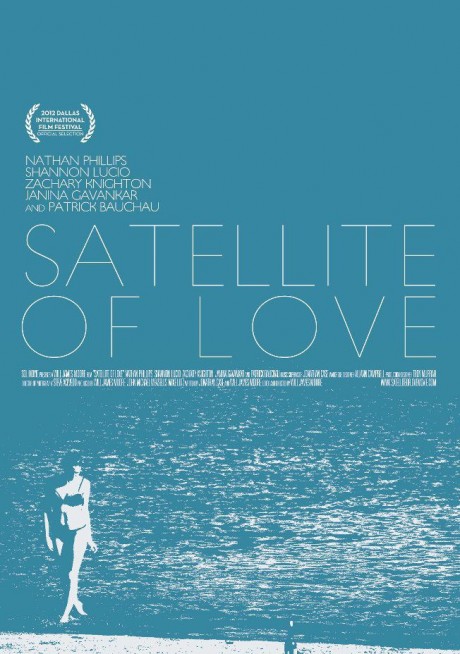 Make sure to visit the Official site for photos, videos, new updates about the film and sign up for the newsletter to get a chance to win a bottle of wine: http://www.satelliteoflovemovie.com