When I first heard about Being Elmo‘s premiere at the 2011 Sundance Film Festival, I marked it as a film to keep an eye out for. I’ve been a lifelong fan of Jim Henson’s work, and Sesame Street is the cornerstone of my childhood education. It instilled in me a love of letters and words and language, and to be honest I probably wouldn’t be writing these words that you’re reading right now if it weren’t for Bert, Ernie, Big Bird, and Grover. I outgrew Sesame Street just as the Elmo character started to take off, but that doesn’t matter. Any person living today can identify the furry red monster.

That furry red monster is the brain child of Kevin Clash, the puppeteer who grew up idolizing Jim Henson and his work so much that as a child he taught himself how to master puppets and develop his own characters. Being Elmo offers a glimpse into how Clash came to be one of the most beloved entertainers working today. The film juxtaposes Jim Henson’s rise in popularity with Clash’s, eventually detailing the pair’s collaboration on Labyrinth and Clash’s employment on Sesame Street just as Henson met his untimely demise.

The film is structured wonderfully and moves at a brisk pace. The blend of fact and heart makes for a potent documentary, one that may move you to tears on multiple occasions. My eyes grew misty a few times and still do just reflecting on the sweet little moments the film has to offer, and I dare not spoil them for you.

Aside from the emotion and history we also get a sneak peek at the Jim Henson Creature Workshop and how the talented artists and technicians work to make the magic we see everyday on Sesame Street or in various Muppet specials. The Elmo phenomenon is also explored, specifically the Tickle Me Elmo epidemic and the length to which Clash’s character has begun to overshadow the rest of the Sesame Street gang and how Elmo has become a symbol of love for a new generation.

If I have any complaint it’s that the film moves too quickly, and some of the segments that could use a bit more exploration get swept up in all the forward momentum. Topics like Clash’s own daughter and his time as Clifford get only broad stroke mentions when they could fill a good ten to fifteen minutes on their own. At 76 minutes Being Elmo is a quick watch, and it feels a little too quick. There is surely no shortage of material here, so it’s a shame that the producers felt the need to cut this to the bone.

As it stands Being Elmo is a sweet look at a guy who gets to do exactly what he wants in life and spreads a lot of joy in the process. It isn’t a hard hitting doc by any stretch, but it’s light and fluffy and highly enjoyable, just like Elmo himself. 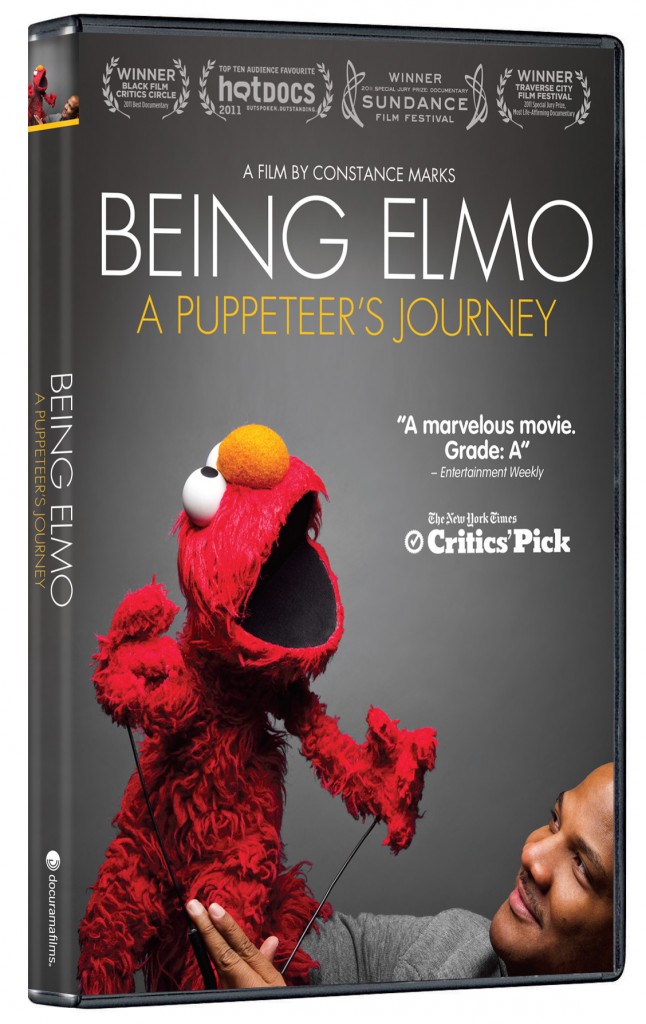 Being Elmo: A Puppeteer’s Journey is available on Netflix Instant right now and will be available on BluRay and DVD on April 3rd, 2012. You can pre-order a copy here.