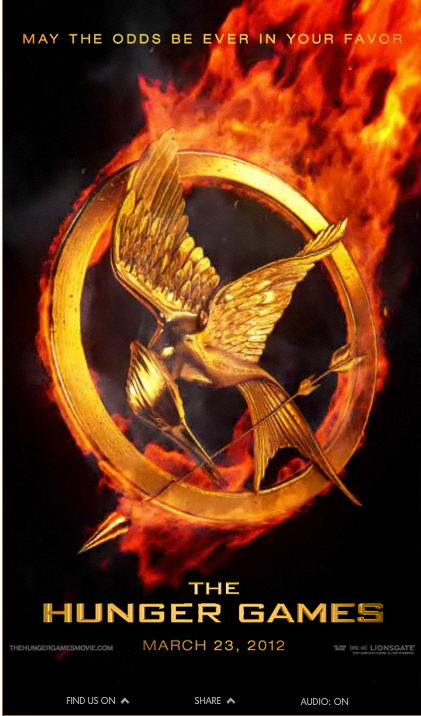 Yahoo has unleashed one of those fancy motion-posters for Lionsgate’s The Hunger Games, the film adaptation of Suzanne Collin’s novel. The book details a sci-fi world where children are taken from their homes and forced to fight to the death for the evil government’s amusement. Lionsgate is hoping for a Twilight sized hit with this one, as the books are very popular with the late teen/early twenties set.