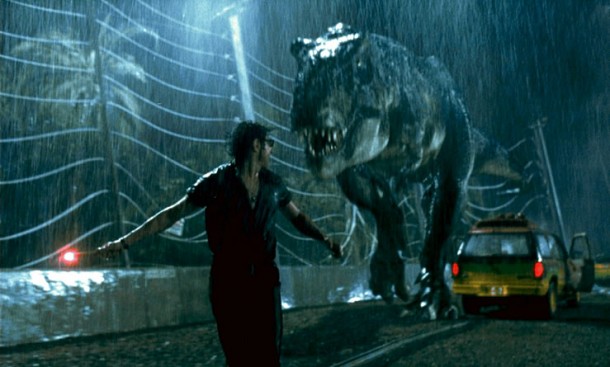 “Your scientists were so preoccupied with whether they could that they didn’t stop to think if they should.”

Ian Malcolm perfectly sums up my reaction to the news that Spielberg’s 1993 sci-fi classic Jurassic Park will be re-released in 3D. Ironically enough it was one of the films I predicted to get the treatment back when I discussed the success of The Lion King 3D. Don’t get me wrong, I’m all for Jurassic making a return to the big screen, but the 3D of it all is a real buzzkill. And I actually like 3D! But I only like it when it’s properly planned out and it works with the story. Films like Hugo and Avatar and How To Train Your Dragon thrive off of the 3D experience. I have a hard time believing the T-Rex scene, an iconic sequence shot at night and in the rain, will come off for the better as viewed through 3D glasses.

Credit to the LA Times for the story. Jurassic Park 3D will arrive sometime in July of 2013.