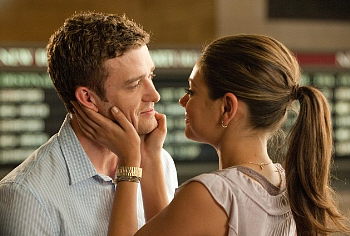 What can I say about this movie, the name says it all. It is about Dylan (Justin Timberlake) who has commitment issues, he moves to New York from California when he gets a new job opportunity from his friend Jamie (Mila Kunis) who is emotionally damage. One night they decide it would be easy just to add sex into their friendship while they are not dating anyone else.

After sleeping with each other they both agreed that it was a big mistake. So not to ruin their good friendship any further they start dating other people. Then it gets complicated when one of them gets feelings for the other. Justin Timberlake and Mila Kunis were really funny in this movie. Also starring are Patricia Clarkson, Jenna Elfman, and Woody Harrelson.