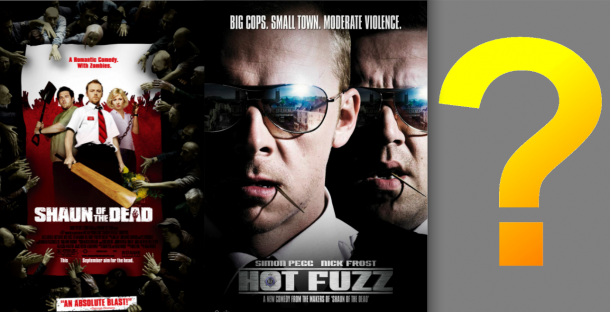 Just a few days ago we theorized on Edgar Wright’s adaptation of Ant Man, but today we can bring you some hard facts about Wright’s other highly anticipated project: the third entry in his “Blood And Ice Cream” trilogy.

The trilogy—-named due to the copious blood and clever product placement on display—-kicked off with 2004’s Shaun of the Dead and continued with 2007’s Hot Fuzz. Both films feature Wright’s close friends (and fellow Spaced alums) Simon Pegg and Nick Frost. The trio have hinted at another project in their arsenal for years now but they’ve been tied up for various reasons. It seems a hole in their schedules has appeared this fall, and if all goes according to plan the film should hit theaters in the spring of 2013.

The film’s title is The World’s End. Here’s a synopsis, courtesy of Deadline:

20 years after attempting an epic pub crawl, five childhood friends reunite when one of them becomes hell bent on trying the drinking marathon again. They are convinced to stage an encore by mate Gary King, a 40-year old man trapped at the cigarette end of his teens, who drags his reluctant pals to their home town and once again attempts to reach the fabled pub, The World’s End. As they attempt to reconcile the past and present, they realize the real struggle is for the future, not just theirs but humankind’s. Reaching The World’s End is the least of their worries.

This is excellent news. We’ll keep you updated as this story develops.