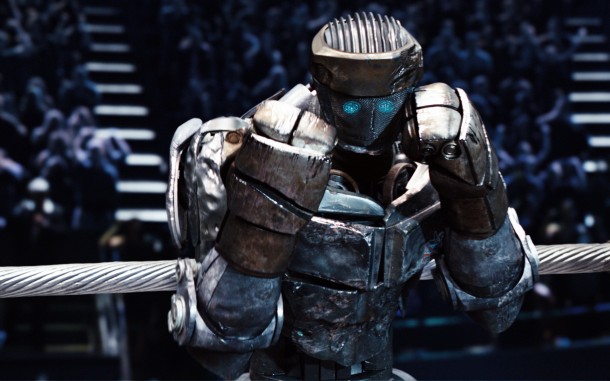 The key to good sci-fi is all in the world-building. Films like Avatar and Star Wars and series like Star Trek and Lost succeed because the producers color in just enough of the world’s details to suck in the audience and make them feel like they are truly somewhere else. Real Steel, a movie about rock ’em-sock ’em robots, pulls of this world-building in spades.

It also pulls off a great story about the relationship between a father and son. Like Rocky, Warrior, and Raging Bull, the filmmakers behind Real Steel understand that the events in the ring only matter if they have dire consequences for the relationships outside of the ring. And not just superficial consequences, but emotional and spiritual consequences.

Hugh Jackman plays Charlie, a down on his luck ex-boxer that makes his living by fighting robots in any venue he can and dodging the numerous debt collectors that hound his existence. Charlie learns that his ex-flame has passed away, leaving their child in his care. But this child, Max, is no wide-eyed innocent. Max is smart and resourceful, a chip of the ol’ block, and when the two discover an old sparring bot while scrounging for parts in a junkyard, Max convinces Charlie to get the ‘bot (named Atom) some real fights.

The film doesn’t try to be cool by showing off robot battles and using the in-between guff as obligatory padding to get to a decent run time. Instead, Max and Charlie are fully fleshed out human beings, living in a world that is equally as colorful. I truly hope Real Steel gets a sequel; the story calls for one and I wouldn’t mind spending more time in this future where robots play our sports for us.

Hugh Jackman is suitably charismatic as Charlie, and Dakota Gayo, a relative unknown with only the role as a younger Thor to his name, is a revelation. I will definitely be keeping an eye out for this kid’s next few films. Not since Chloe Grace Moretz’s debut in Kick-Ass have I been so taken with a child actor. Gayo doesn’t play the part with the usual Hollywood bullshit child actors usually carry, as if their stage moms are hovering just off camera. He’s a blast of fresh air, and the film hinges on his wonderful performance.

The other selling point is the robot battles, which are wisely dispersed well throughout the film and throughout a variety of locations. We see these machines fight in county fairs, underground matches, and legitimate stadiums. The range of battlegrounds never gets old.

Real Steel is not just “Rocky with robots.” It is so much more than that. I love this movie, and I highly recommend checking it out. 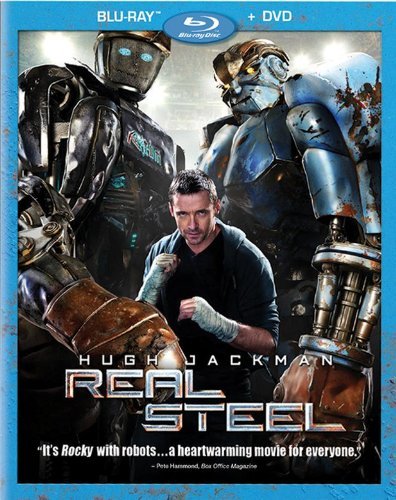 Real Steel is now available on BluRay and DVD. You can order it right here.