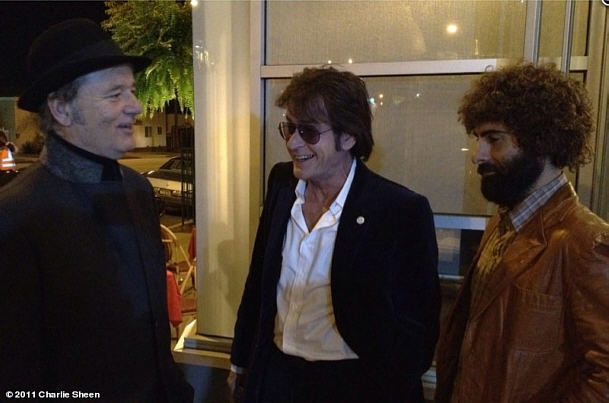 Since his departure from the role of Charlie Harper on the hit sitcom, Two and a Half Men, Charlie Sheen has been involved in the production of the upcoming series, Anger Management, based on the 2003 film starring Adam Sandler and Jack Nicholson. Atop the new series in his path is his return to the big screen in the film, A Glimpse Inside the Mind of Charlie Swan III, a film rumored to be based around Sheen’s own life.

Photos from the set of the film have been recently released featuring Sheen.

The film revolves around a graphic designer who is left by his girlfriend, causing his life to flip into a turn for the worse. The film also stars Bill Murray, Jason Schwartzman, Mary Elizabeth Winstead, Aubrey Plaza and Patricia Arquette. The film is written and directed by Roman Coppola and is rumored for release in 2012.