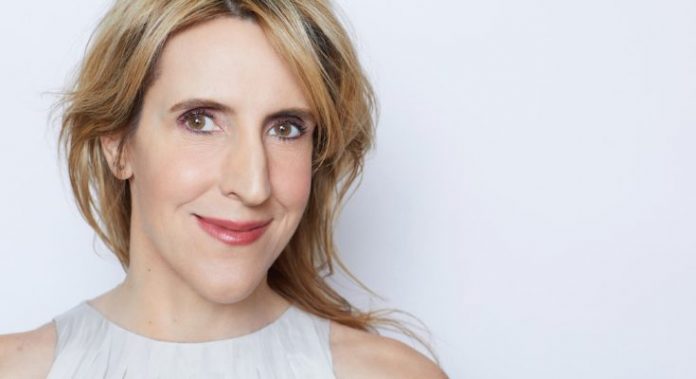 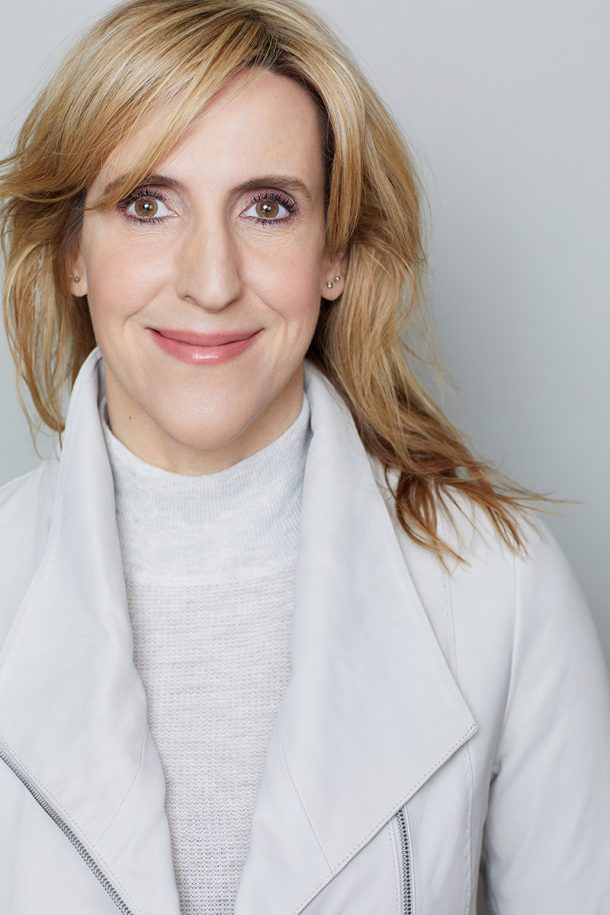 Carolyn Bridget Kennedy is an award-winning SAG-AFTRA actor and filmmaker living in Los Angeles. After a long career as a paralegal in Canada, since 2012, Carolyn has created two web series, a short film, and five micro-short films that have collectively garnered 61 film festival laurels from around the world, for both the projects and her acting. Carolyn currently resides in L.A. and continues to write and study acting at the Beverly Hills Playhouse (in their Advanced Class) and improv at The Groundlings, Upright Citizens Brigade, and The Second City. She also performs Stand Up at comedy clubs in L.A.

Below, Carolyn shares about her experience with moving from Canada to the United States, her challenges, her advice for entertainers who want to move to Los Angeles, her latest projects, as well as some great gift ideas for actors.

Wendy Shepherd of Movie Vine: Who convinced you to move from Canada to the United States?

Carolyn Bridget Kennedy: It was my husband. I applied for a Visa to work in the U.S. on specific projects. Once I got the Visa, my husband suggested that I should have a base of operations in L.A. to accommodate getting other work. We discussed what would be the greater sacrifice: going to L.A. and sacrificing being together day-to-day (he remains in Canada), or being 85 years old one day and wondering “what if”? I could only be doing this with him being 100% on board.

It is an amazing opportunity to spend time in the heart of the entertainment world and learning from the world’s best. I am gaining experience and education that I would not be able to get anywhere else in the world. As of March 2020, it will be two years since I’ve come here.

Wendy: When did you move from Calgary, Alberta, Canada to Los Angeles, California?

Carolyn: We packed up my vehicle – absolutely “Jenga-packed” to the roof – and drove over 1,500 miles to L.A. from Calgary in late February 2018. After a few trips to Costco and Ikea and wrist-busting assembly of furniture – presto – I’m here. I should add, I have never assembled Ikea furniture before in my life. My husband tried to get everything put together by himself before he had to go back. But, several items were left unassembled. You know you have a rock-solid marriage when you can successfully assemble Ikea furniture with your husband giving instructions over FaceTime from another country.

Wendy: What is the most significant change or challenge you’ve encountered?

Carolyn: My significant “personal” change and challenge has been spending as much time away from my husband as I do, even though we live over FaceTime with each other. I’ve heard it said that positive change happens when you are “uncomfortable” in life. Being apart drives me to work even harder than normal. But, when we are in the same city, it’s a special treat to enjoy the simple things in life like going to a movie, going for a walk, or making a meal together.

My significant “professional” challenge is the same one all actors and creators face regardless of where they are from: Connecting with the right people at the right time to solve each other’s problems, like winning an acting role or developing a script. Being new, and L.A. being so vast, I thought it would be challenging to meet people here. I made a point of joining organizations and attending acting and improv classes. Everyone I’ve met has been incredibly welcoming and giving of their time. I feel like I have found a brand new second family here.

Wendy: What have you been involved with so far while living in Los Angeles? 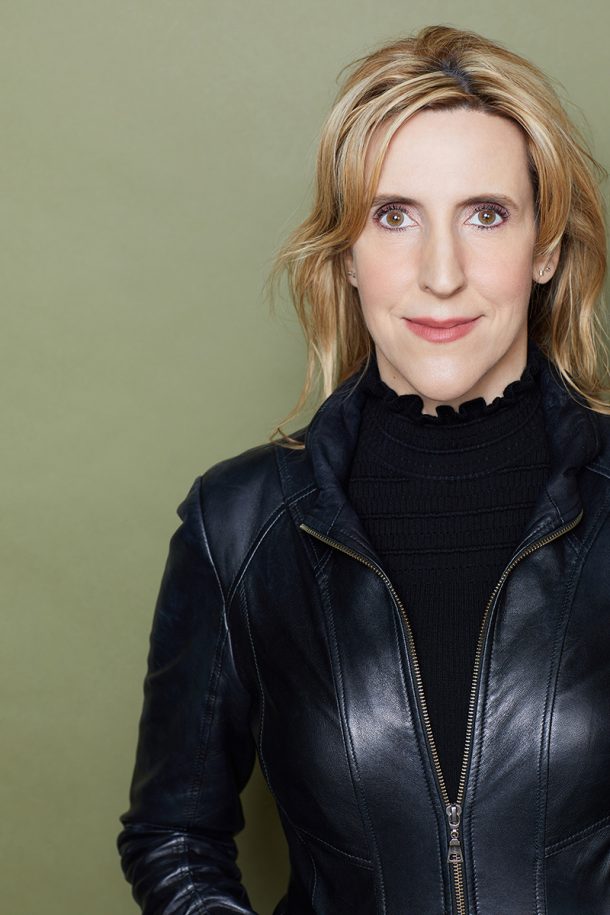 Carolyn: I sought out as much training as my time would allow. I was accepted into the Advanced Class at Beverly Hills Playhouse, where I study dramatic acting under my teachers Allen Barton and Director Howie Deutch. What a fabulous group of people. I was also accepted and graduated from the improv school Upright Citizens Brigade, established by Amy Poehler and others. I have worked through and am currently studying in the Advanced class at The Groundlings improv school, where so many SNL alumni started. I am also in the Conservatory Program at The Second City in L.A.

I was hired to do a voiceover for a commercial for a national health campaign. I was cast as a lead in an AFI short film “Hop Frog”; an AFI Thesis Film “Til Death Do Us Part” from Director Aaron Goldenberg, starring G.W. Bailey (Police Academy); and a USC short film “To Feel A Body.” I was also brought in as an Associate Producer for an award-winning short film, “Not A Fairytale.” Lastly, I have performed standup comedy at Flappers Comedy Club Burbank.

I co-wrote, produced, and starred in five micro-short films. Two of these garnered 26 laurels from film festivals in New York, Los Angeles, Berlin, and Germany, including multiple wins for Best Microfilm, as well as a nomination and a win for Best Actress in a Comedy for my performance.

Wendy: What have been some of the best things you have done over the last year?

I attended the Emmys again this year; what a great reason to get all dolled up.

Last Spring, I decided I wanted to perform standup comedy. I developed my first 5-minute set and have been repeatedly rebooked at Flappers Comedy Club since. A large part of the comedy gold I have mined thus far comes from my crazy situation of being in a different country, apart from my husband, doing what I am doing.

As I mentioned above, I won roles in several AFI and USC short films. Through this, I worked with some brilliant and creative people who are the filmmakers of the future producing films with top-notch production quality.

Wendy: Do you have any tips for entertainment people who want to move to Los Angeles?

Carolyn: Come here with an unwavering commitment. Don’t treat it like a part-time job. Don’t expect getting signed with an agent will be easy. And, once you do get signed, realize that you must continue being the one working the hardest to build your career – it’s your career, not your agent’s. Don’t remain in your “silo.” If you’re an actor, then join organizations and attend functions where there are producers, directors, and writers and meet them. You could be the greatest actor in the world but, if they don’t know about you, you are doing both them and yourself a disservice.

Find a safe place to continue to work on your craft. Find someone to coach you. Even at the height of his career, Tiger Woods had a coach. Find a community of supportive actors.

Don’t assume that industry standards in other states or countries are the same as in L.A. Find out what the local culture is here and adapt and update your materials to L.A. standards, so you don’t stand out like an outsider.

Be prepared to not work for long stretches of time. Don’t get discouraged. Persist. Do all of the non-acting administrative work – the business of acting – that gets you seen and noticed by those who hire actors.

Wendy: Where would you like to travel in the future? 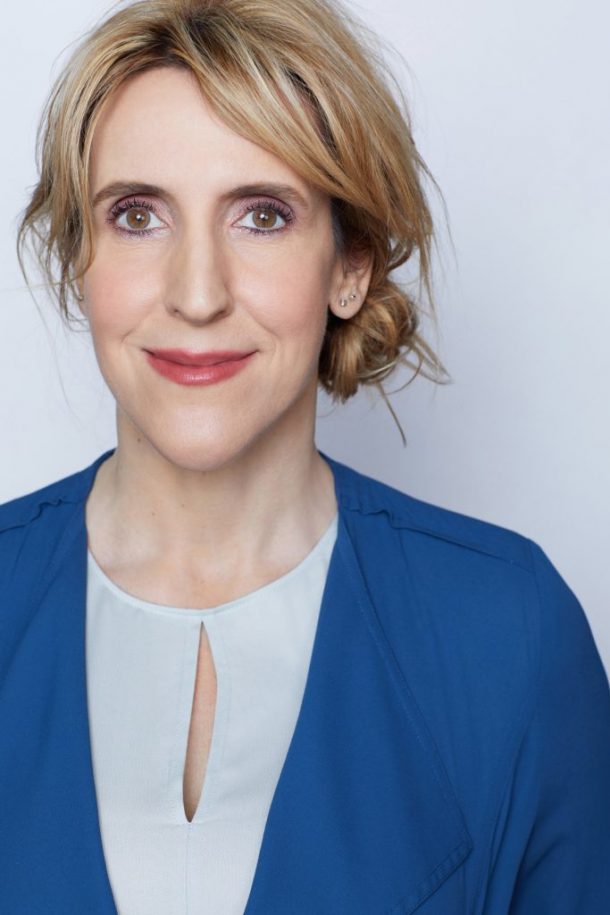 Carolyn: I love traveling. It always helps me gain a better perspective of myself and the rest of the world.

I would love to travel to Europe, particularly Germany, because that is where my mother is from. But, Italy, Spain, France, and the U.K. are also on my list for their cultures, food, music, and sights. It would be hard to limit it to just a few countries once I’m over there.

I love the ocean, the sand, and the sun (who doesn’t). I’ve been fortunate to have been to tropical destinations like Oahu, Mexico, Dominican Republic, Cuba, Jamaica, and Antigua. Other places on my list are the other islands of Hawaii, Bali, Fiji, and The Canary Islands.

I would also love to go to Australia and New Zealand one day.

Maybe I should have just listed the places I am not yet eager to visit.

Wendy: What five gift ideas would you recommend for actors?

Wendy: When did you create your Demure Duchess production company, and how did you choose the name for it?

Carolyn: I founded Demure Duchess Pictures in 2004. Once I decided to pursue acting and content creation full time, I incorporated it for production and working purposes. As a former paralegal, it was relatively easy to use my skills to navigate the steps necessary to do the incorporation. I felt it was a sign, not only to myself but to others, that I was serious about my new venture.

I took a creative approach in choosing my company name. I wanted the name to be a strong female representation in a heavily male-dominated industry. I started with my last name, Kennedy, and considered its connotations of “American Royalty.” That lead me to female royalty titles, and I was drawn to Duchess. I then sought alliterative adjectives to go with Duchess. Years ago, I worked for a lawyer who sarcastically referred to me as “Demure Carolyn” for my playful sense of humor, coy sassiness, and seeming innocence. The dictionary definition of “Demure” is reserved, modest, and shy. While I’m a bit of all these things, like all people, I can be an entertaining contradiction to these labels, once you get to know me and my sense of humor.

My production company, Demure Duchess Pictures, has branched out and is now selling clothing and merchandise with its trademarked intertwined “D.D.” logo at www.redbubble.com/people/carolynbkennedy. I hope to develop this brand further.

Carolyn: I currently have several projects in various stages of development.

I co-wrote, with my husband, a pilot for a half-hour comedy series about a Type A OCD female lawyer who has to reset her priorities and adapt to the effects of a life-changing accident. I hope to shoot this as a spec pilot and proof of concept.

I am the head writer for another comedy series in development about people in a mobile food services business in one of Canada’s largest western cities and home of the largest rodeo in the world.

I am also on the writing team for another new comedy series. It is a modern twist on the fish-out-of-water story, with collisions of cultures and personalities – with varying degrees of “culture,” one might say (a cheese joke) – set in a rural Southern town.

I continue to audition for other projects in Los Angeles and Canada.

Thank you for reading! ~ Wendy Shepherd