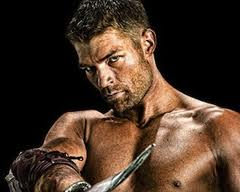 The sequel to Spartacus: Gods of the Arena and Spartacus: Blood and Sand has released a trailer sharing glimpses of what’s to come in the upcoming addition to the series. Liam McIntyre steps up to the role as Spartacus, formerly brilliantly portrayed by Andy Whitfield, to lead an army against Rome. The series is full of promise and action and has been long awaited by fans. This mature themed series will see likely the premiere of its sequel season in January of 2012.