In A Nutshell: Steven Spielberg shows the horrors of war through the eyes of a remarkable horse and his long lost master.

The Flick: From my original review: “No one can depict a war ravaged Europe like Spielberg can. Joey sees a lot of shit, and its all presented via Spielberg’s keen eye for detail and world building. However, his roaming camera isn’t at play here, and its clear that the director is paying homage to his favorite auteur by using 1930s and 40s camera work, techniques, and tone. This may be off-putting to some modern audiences, particularly some of the stylized technicoloring (indeed, my cinematic companion hated the look of War Horse) but for some it may hit the perfect buttons that elicit the right emotional response.”

The Extras: This Blu is packed with special features, the highlight being A Filmmaker’s Journey, a behind the scenes doc crafted by Spielberg himself that chronicles the entire film’s prep period and production. While it isn’t as exhaustive as Criterion docs nor does it shine a particularly harsh light, the feature is a nice overall look at the trials and tribulations that come with shooting constant exterior shots and dealing with animals. In addition to that hour long doc there’s a few short bits that pull the curtain back and gives viewers a look at the film’s editing, scoring, and sound design. All of these folks were nominated for Academy Awards, so its nice to see each artist get plenty of screen time. There’s also Through The Producer’s Lens, a showcase for producer Kathleen Kennedy’s beautiful location photography, and An Extra’s Point of View, a feature detailing the many actors who portrayed soldiers on both sides of the conflict. All the behind the scenes bits are smartly produced and fairly illuminating for those curious about how many of War Horse’s set pieces were pulled off.

The Packaging: The four disc edition comes in the standard Blu covered by a very pretty faux-leather slip cover. The whole thing has a very classy appearance, and will look great on any shelf. 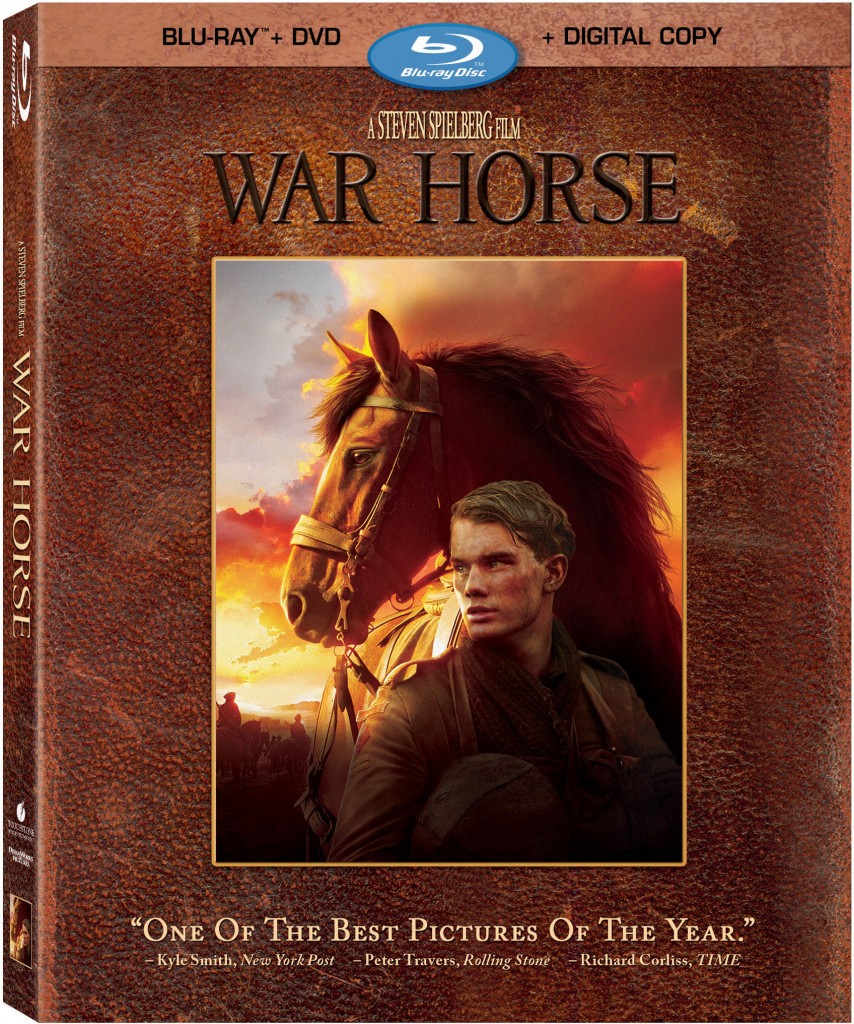 War Horse is out now on BluRay. You can order it right here.