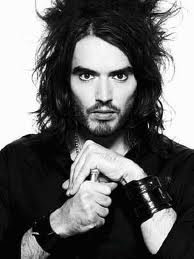 Earlier in the history of the Pirates of the Caribbean series, it was rumored that Russell Brand would portray Jack Sparrow’s brother. Now comes a rumor that Johnny Depp wants Russell Brand in the role of his new sidekick in the fifth adventure in the series.

The fourth film has grossed over $1 billion and is still climbing. The fifth film is written by Terry Rossio and near certain to be starring Johnny Depp returning to the role that he helped create as Captain Jack Sparrow.