“Do You Dream in Color?” is a coming-of-age film that chronicles the life and times or four blind teenagers who are navigating their way to becoming adults. The movie is both enlightening and poignant and introduces the world to the teens who have aspirations to travel the world, graduate high school, and become rock stars and skateboarders. The story also highlights the obstacles that blind people in the sighted world face daily. The movie has won various awards at film festivals where it was favorably received by audiences and critics. It released February 10, 2017. 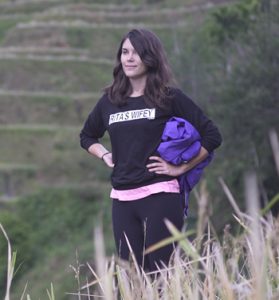 Award-winning director Abigail Fuller currently directs on shows such as Netflix’s “Chef’s Table” and is also directing a feature film about female athletes from around the world hiking Mt Kilimanjaro to set the world record for highest altitude soccer match. Passionate about art and storytelling since childhood, “Do You Dream in Color?” was the first project she took on after film school at the University of Southern California. “The determination to pursue their dreams– despite low expectations and attitudinal barriers was just incredible to witness,” Abigail explained. “They were all talented, smart capable but were struggling for equal access to education– something I thought was provided in public schools- but just wasn’t there for them. Even the simplest things like text books in Braille. It was outrageous to realize this was the norm” They embarked to tell these human stories in a film- Do You Dream in Color? “I hope when people see this film they realize that blind people are only held back by peoples’ expectations, and not by their lack of vision.” 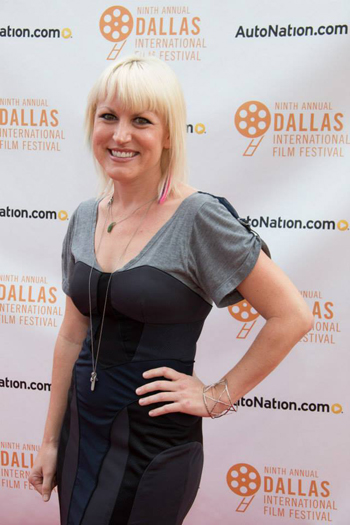 Producer and director, Sarah Ivy—also a multi-award-winner – has worked at MTV Films, Criminal Minds on CBS and was VP at Master Key Productions, Sarah feels that raising disability awareness is an important mission. A filmmaker since her early teens, Sarah Ivy attended USC and wanted to make a movie with social impact. “After bouncing around some ideas, one of the producers introduced Abby and me to the youth directors at Junior Blind of America,” Sarah explained. “We met kids of all ages and when we started talking to the teens it became evident they would be the perfect group to make a film with. They were so articulate, funny and are willing to talk about very difficult subjects. They really were a special group to get to know!” Sarah was inspired by the response that the film received on the festival circuit. “When we started, we didn’t realize how prevalent the challenges were for students who rely on the Individuals With Disabilities Act (IDEA) and we ended up making it a central topic of the film to raise awareness of the inequality of education for students who are blind,” Sarah stated and noted that she became very close to several of the kids while making the film. “The kids and their families were so kind, so open and so wonderful that all of the documentary crew was personally invested in the same emotional journey that you see on screen,” she said. “Often in film and TV, characters who are blind are either portrayed as having superhuman powers or a character to pity. Individuals who are blind typically want to be seen as what they are: your co-worker, a mother, a father, a sibling, a neighbour and a friend. Hopefully our film shows them in that light through common experiences that we’ve all been through. Someone who is blind is really no different than any other member of society. They may just navigate the world a bit differently.”

Abigail is very inspired by the creative community of people she works within and hopes to soon tackle projects that delve into human rights issues, climate change subjects, and personal human stories. “I’m premiering my next project which is a film that is part of a series on Netflix Originals at the Berlin Film Festival in February,” Abigail stated. “I am also directing a new feature documentary about women from all over the world setting the record for highest altitude soccer match at the summit of Mt. Kilimanjaro. It’s an exciting time.” Meanwhile, Sarah Ivy is hard at work on another feature film titled “Sk8 Girlz” which is a documentary about an all-female skateboard team based out of Orange County, California.

To learn more about “Do You Dream In Color?” visit its official IMDb and Facebook. To watch a trailer, see here.