The film revolves around Doug Quaid (Colin Farrell), a character previously portrayed by Arnold Schwarzenegger. Doug hears of a company by the name of Rekall. A company of which can implant into your memory a wondrous vacation. When Quaid gives into his temptation and attempts to have the procedure performed, all things go wrong and he becomes a hunted man. Not knowing what’s fact and what’s fiction, he must flee to find who he is and what is real.

Also starring in the film are Kate Beckinsale, Jessica Biel, John Cho and Bryan Cranston. The Total Recall film will make its debut in theaters on August 3, 2012. 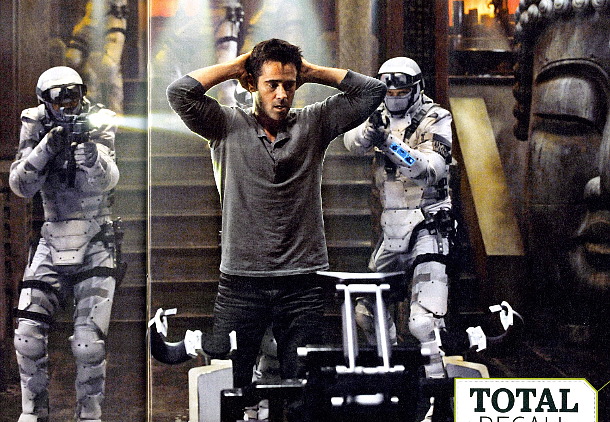