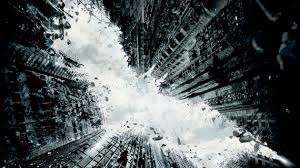 So as I arrived late for the final Harry Potter outing, I sat down just in time to witness the epic, mysterious and ominous trailer for the conclusion to the Batman trilogy.

At the start there is Ra’s al Ghul’s voice-over regarding Wayne’s potential to become a legend. Here we have shots from the past films such as Wayne being flocked by bats, as well as the League of Shadows headquarters. This goes beyond nostalgic reflection as it seems to hint at Ghul’s involvement within this last adventure. Maybe Wayne will be tested once more? However, it will be interesting to see how Ghul is intergrated into the plot, as there has been debate over whether the ‘Lazurus Pits’ will suit Nolan’s vision for Batman.

Past that comes the drama as Commisioner Gordon lies weak in his hospital bed. In summary, he begins to plead for Batman’s return, yet cleverly it is not revealed who he is talking to. Despite it appearing as though he is talking to Bruce, these could just be play on words manipulated by the editors. 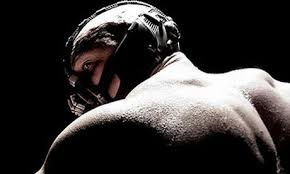 The trailer then becomes much darker as we get quick flashes of bane who does look genuinely horrifying. Though in keeping with Nolan’s ability to tease, most of his face is covered in shadow. Following this comes a CGI sequence of derelict buildings cast under a white, bat shaped sky. The camera zooms towards it until the white consumes the screen and the title emergees (alongside the mysterious chanting first heard on the official website).

What I get from this trailer is the reassuring hope that the Batman will reign triumphant as the title suggests. Although, it does appear that he will have to really struggle this time, as the last shot reveals a staggering batman backing away from Bane. The implication here is that maybe there will be more direct conflicts with the main villain considering Bane’s physical intimidation, and might I say that Tom Hardy does not even look recognisable against the almost unnatural muscular build. Furthermore, maybe Gordon could be in hospital because of Bane, as his speech is intercut with close ups of him.  Despite the thin details on show here, it has definately made me excited for the conclusion to a great series.