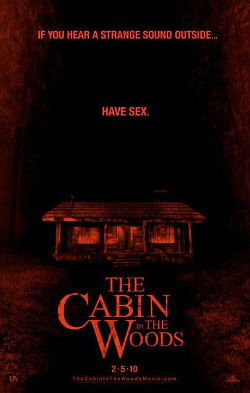 The Cabin in the Woods, a horror film that has been in the making for some time now, has now officially secured the release date of April 13th, 2012. The film stars Chris Hemsworth (Star Trek, Thor), Bradley Whitford (The West Wing, The Good Guys) and Richard Jenkins (Undercover Blues, Let Me In) and features a group on college youths who spend a weekend at a cabin where they meet two men (Whitford, Jenkins) who have a connection to it. The film is due for 2D and 3D release.