Sony is ramping up the publicity for The Amazing Spider-Man, and it all starts with the first poster. 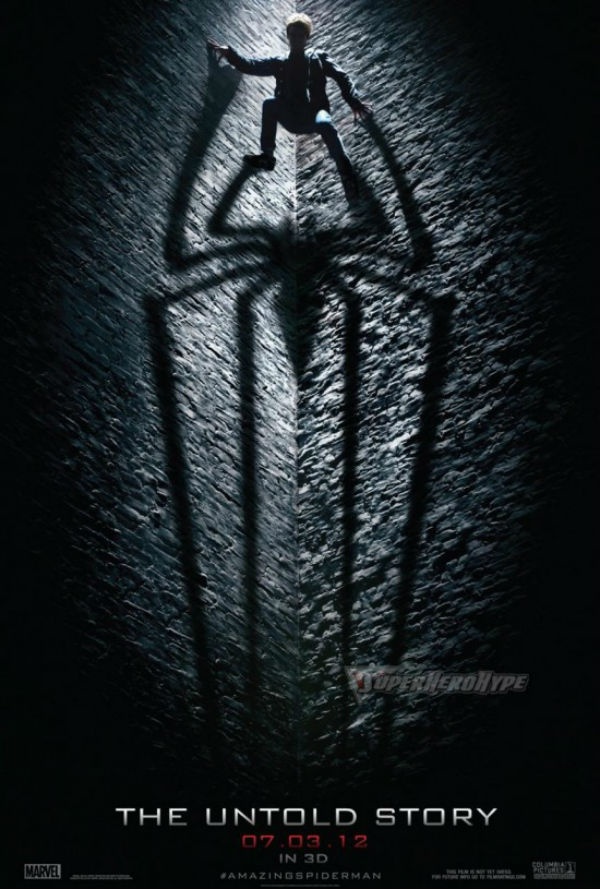 SuperHeroHype was given exclusive rights to the poster, so that explains the ugly water mark. What’s less explained is the tagline “The Untold Story.”

I’m guessing this Spider-Man is going to have to deal with Peter Parker’s parents, which were revealed to be S.H.I.E.L.D. operatives that were killed while out on a mission. When the secret is revealed, Peter Parker goes a bit nuts, trying to find out what else has been hidden about his origins. The storyline has been a lightning rod of controversy for comic fans, but if the film handles it well I can see how it could easily set itself apart from the Raimi movies.