I like David Fincher. A lot. I believe Zodiac is a masterpiece, and last year’s Social Network ranked highly on my top ten list. The man is one of the best directors working today, right up there with Scorsese, Spielberg, Wright, and Aronofsky. But it’s been increasingly difficult to figure out why he makes the movies he does, and his version of The Girl With The Dragon Tattoo is his most puzzling film yet.

And I don’t mean that as a compliment. The source material is pulp trash, a fun thriller for people to buy on their Kindles to read during a long flight. The real meat of the story, concerning a missing girl and her possible murder, is the kind that is readily available every week on an episode of CSI, Law and Order, and the like. The titular character is what sets the book apart, but once you get past the piercings and tech wizardry, there isn’t a lot going on when it comes to Lisabeth Salander. This is material for a David Fincher wannabe, not the man himself.

Rooney Mara does make the character work for some portion of the film’s ridiculously long running time, and I commend her for getting some real humanity into a character that is alien in nearly every way. If anyone will benefit from this film, it’ll be Mara. She’s beautiful and wrenching and gives a truly brave performance, the same kind of bravery Natalie Portman had in last year’s Black Swan. The rest of the cast seems to be phoning their performances in, resigning themselves to playing stock characters in fairly standard mystery. Mara sets herself apart.

But there’s just nothing else to care about here. The mystery is basic, with a “been there, done that” feel and no real reason to get invested in the outcome. Our two main characters don’t even meet until the film is half over, and when they do they become lovers so quickly it’s borderline laughable. The film also has an extended epilogue after the mystery is wrapped up that goes on for twenty minutes, detailing events we don’t quite understand and offering resolution to narrative threads that were abandoned early on in the proceedings.

I hate to say this, but I feel like Fincher just took this job for the clout it could provide him. The books and Swedish films are very popular, and Fincher must have known that if he had a surefire hit on his resume with two sequels in his back pocket he could get some passion projects made. Christopher Nolan has a “one for them, one for me” relationship with Warners, and Fincher must be looking for a similar deal with Sony. I wouldn’t be surprised if they announce his involvement in a pet project before prepping The Girl Who Played With Fire.

The result is a movie with no passion or life behind it. The actors, the cinematography, the direction, its all pretty uninspired. Fincher is no stranger to serial killer movies, but he seems like a too obvious choice for this. Just like Tim Burton delivered a very obvious Alice in Wonderland, Fincher offers no surprises here.

Actually, scratch that. There are two surprising moments: the opening credits, and the rape/revenge sequence. The opening credits, with a James Bond-feel and a cover of Led Zeppelin’s Immigrant Song blasting on the soundtrack, got my hopes up for a movie that never quite materialized. The rape/revenge sequence made me squirm and sweat, something few films have ever made me do. Nothing else in the film made me react on a visceral or intellectual level.

The Girl With The Dragon Tattoo isn’t terrible, but it isn’t great. It’s just a standard story with little that matters. The director and cast seem to care little about it, so why should movie-goers? If you need a Fincher fix, watch Se7en again. If you want some serial-killer mystery action, you’ll find better plotting in the first few seasons of Dexter. And if you want to see a hot young girl bare her body, you’re already on the internet. Bottom line, there’s nothing worth seeing here, folks. Move along. 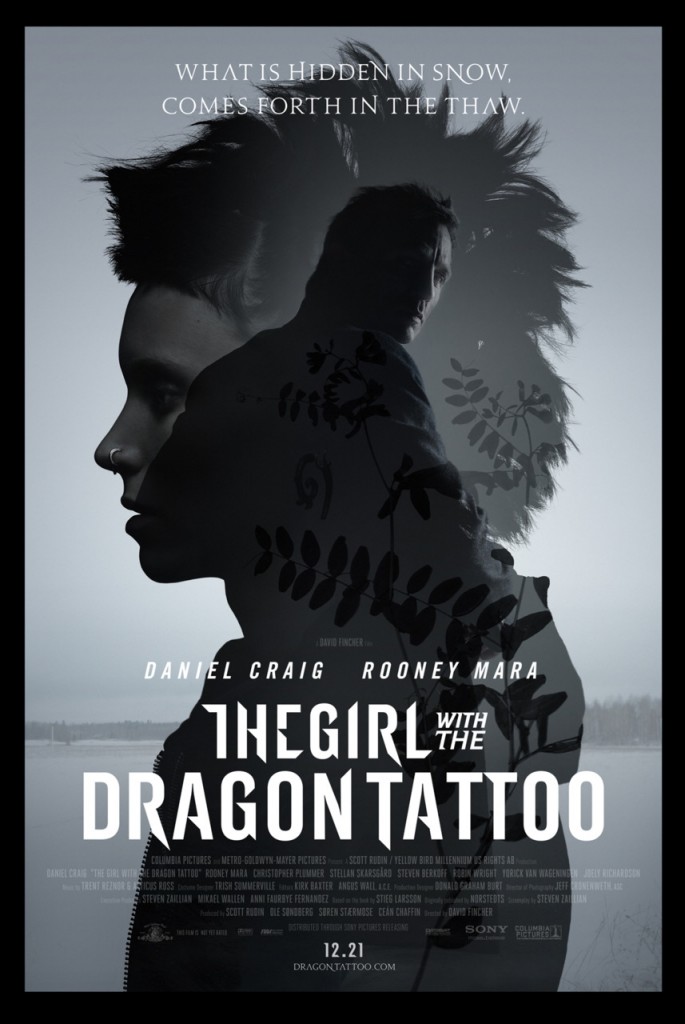 The Girl With The Dragon Tattoo is now playing in theaters everywhere.