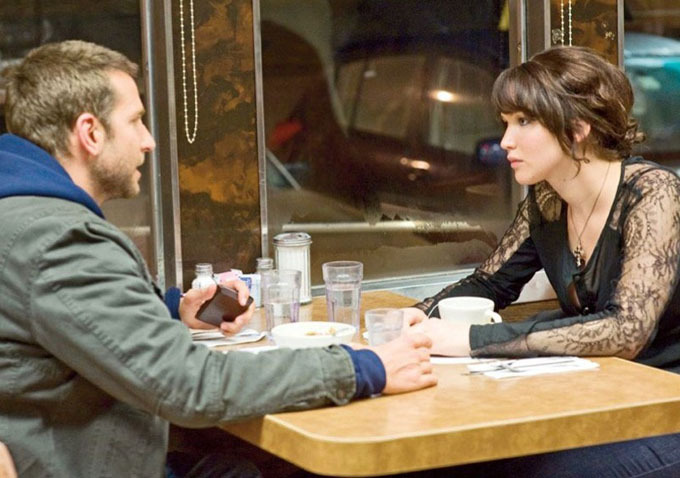 David O. Russell isn’t a well known director, but his filmography might be one of the most exciting and varied of his generation. When a director has films like Three Kings, The Fighter, and I Heart Huckabees on his resume, you better believe his next film is worth paying attention to. Russell’s latest work is Silver Linings Playbook, an adaptation of the novel by Matthew Quick. I haven’t read Quick’s original work, but if it’s even half as good as Russell’s film, it has shot right to the top of my To Read list.

Silver Linings stars Bradley Cooper as Pat, a man recently released from a mental hospital after being diagnosed with a bipolar disorder. Pat moves in with his mother and father (played by Jacki Weaver and Robert De Niro) and attempts to get his life back in order. Along the way he meets the troubled Tiffany (played luminously by Jennifer Lawrence) and the pair create an unusual friendship.

That all comes incredibly close to sounding too twee to stand, but Russell’s talent has always been balancing bizarre characters with real humanity. Silver Linings is no exception, and the director pulls off a heartwarming story that would be right at home next to the classic romantic comedies of the 1930s and 40s. Russell’s trademark manic, on the fly camera work perfectly compliments the bipolar nature of the main character, adding a contemporary spin on the classic romantic comedy structure.

Russell’s other strength has always been a great way with actors, and the entire cast gives great performances across the board.  The two stand outs are Jennifer Lawrence and Robert De Niro. De Niro gives his best performance in over a decade, actually showing up and doing the work and looking like he cares about what he’s doing rather than picking up a paycheck. And if you aren’t already in love with Jennifer Lawrence, Silver Linings will finally make you a believer. This woman consistently proves herself as the next great actress, and after this and Hunger Games and Winter’s Bone, Lawrence will find herself in even higher demand than she already is.

Above all, Silver Linings Playbook is a smart alternative to the dumb romantic comedies Hollywood pumps out on a regular basis. All the heart and intelligence found in the quality romantic comedies of yore is here, wrapped in a contemporary package that shows off the strengths of Russell and his cast in equal measure. 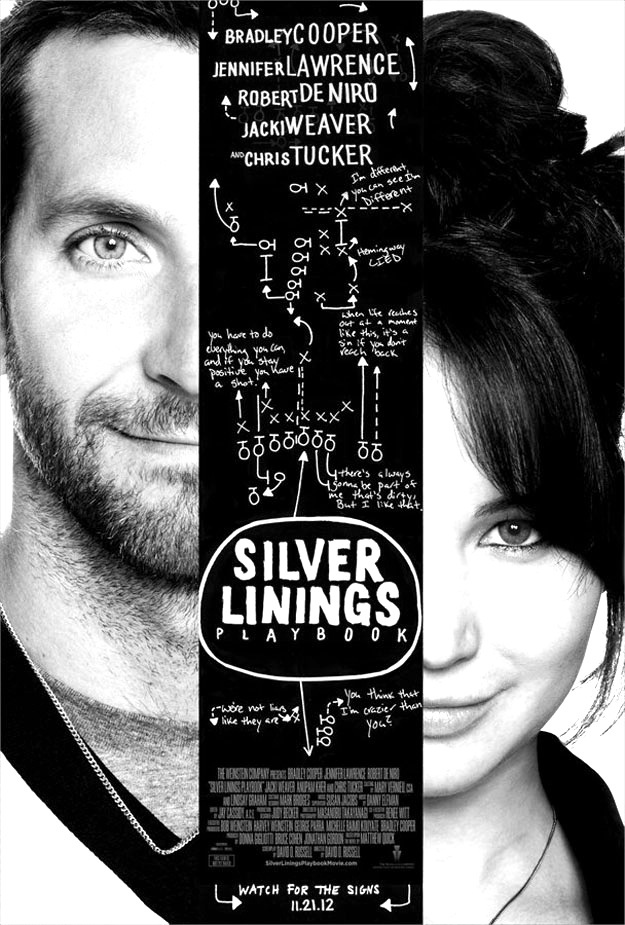