Killer Elite, the action film based on a true story, is coming to BluRay and DVD on January 10, 2012.

Based on a shocking true story, Killer Elite is a gritty battle between guns-for-hire that has been hailed as “one of the best action thrillers of the year!” by Richard Roeper, ReelzChannel. 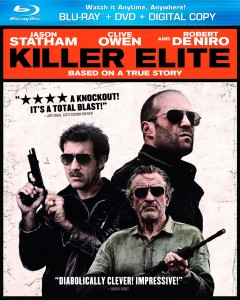