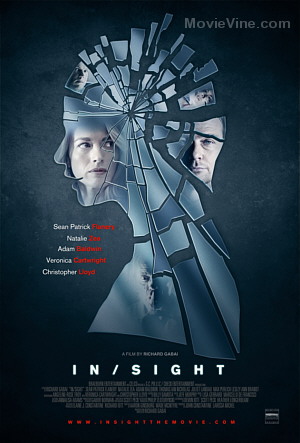 What’s this feature film about?

Kaitlyn (Natalie Zea), an ER nurse who is tending to a young stabbing victim, is accidentally electrocuted by the defibrillator that is used in an effort to save the woman’s life. Almost immediately Kaitlyn starts to experience the victim’s memories. She turns to family, friends, and the police, but no one takes her seriously. She decides that she must take it upon herself to try to solve the crime – or risk the terrifying visions ending in her own sanity being at stake. Ultimately Kaitlyn teams up with the detective on the case and weaves her way through the victim’s past – to discover not only the brutal truth, but also some very unexpected lessons about life, love, sorrow and forgiveness along the way.

Ultimately Kaitlyn teams up with the detective (Sean Patrick Flanery) on the case and weaves her way through the victim’s past to discover the brutal truth.

Would you love to see some photos from the film?

Now, don’t forget, this feature film premieres at Newport Beach Film Festival. It’s showing at 7:30 on April 30 and May 5. You’ll have to get your tickets to ensure your seats! Oh, and just so you know, the whole cast, director, screenwriters and key crew will be in attendance! So what are you waiting for? Oh, yeah… where to get the tickets and add to the film festival calendar… Click Here