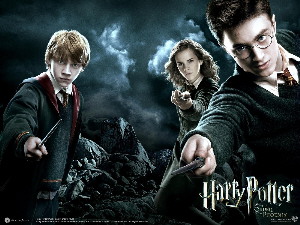 Per Box Office Mojo, Harry Potter and the Deathly Hallows earned $1.13 Billion worldwide and has surpassed The Lord of the Rings: Return of the King to become the third highest grossing film of all time. The 1st and 2nd slots belong to Avatar ($2.78 billion) and Titanic ($1.84 billion) respectively, a pair of records many believe will never be broken. Regardless, a billion dollars is nothing to sneeze at, particularly when it comes from the final entry in an eight part franchise where each part has earned at least $750 million. Warner Bros played big and earned huge on these films, and with a limited re-release rumored to hit this December in order to garner awards attention, the gross on the final Potter will only get higher.

Harry Potter and the Deathly Hallows plot: Harry, Ron and Hermione search for Voldemort’s remaining Horcruxes in their effort to destroy the Dark Lord.