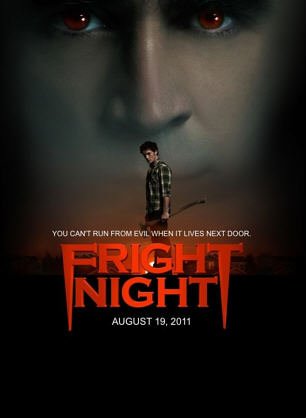 What would you do when you find out your neighbor has a deadly secret?

It is the remake of the 1985 comedy horror under the same name and it is in 3D. It is about how a teenage boy named Charley Brewster (Anton Yelchin) begins to discover several young females that go missing in his area. Which all the clues point to the strange man that just moved in next door Jerry (Colin Farrell). When Charley finds out about his neighbor’s deadly secret, Jerry threatens Charley and says he is going to kill his new girlfriend if he reveals who he really is. So then Charley contacts Peter Vincent (David Tennant), a Las Vegus illusionist and a supposed vampire killer, asking him for his help in defeating Jerry.