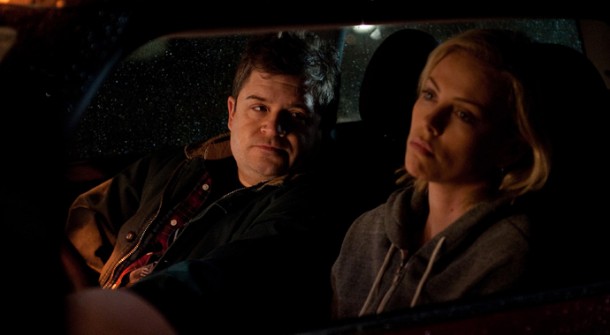 Earlier this year many folks fawned over Bridesmaids and its stunning portrayal of the woman-child. Kristen Wigg’s Annie didn’t have her shit together in ways that many could empathize with, and the film’s relaxed pace eased cinema-goers into a pleasant little story. Young Adult turns all of that up to 11. Charlize Theron’s Mavis is a washed up alcoholic ghost writer that hasn’t emotionally evolved past the age of 19. She’s selfish, bitter, and looks down her nose at everything around her. She’s incredibly high on herself, and keeps up her guard not to hide the soft person inside, but rather the fact that there may not be much of a soul behind her heavily mascaraed eyes at all. Bridesmaids played the emotional instability for laughs and pathos. Young Adult plays it for some dark, scathing, and sometimes devastatingly sad comedy.

Screenwriter Diablo Cody throws down the gauntlet here, addressing the criticisms flung her way after Juno and Jennifer’s Body that maligned her quirky turns of phrase. There’s little, if any, of that in Young Adult, and by cutting down on the window dressing Cody shows off her real strength: character motivated drama. The first ten minutes of the film are practically dialogue free, but within those ten minutes we learn everything we need to know about Mavis and how she sees the world.

We also get the central push of the story, which involves Mavis returning to her hometown of Mercury, MN in order to pursue her old high school flame, Buddy. Buddy just happens to be happily married and a new dad. He’s set down some serious roots, but Mavis sees no problem with trying her hardest to rip him out of Mercury anyway. Mavis also comes into contact with Matt, a former classmate she didn’t give the time of day in high school. The victim of a brutal hate crime that crippled him and ruined what little life he had, Matt reluctantly helps Mavis in her quest for Buddy’s heart.

The film is directed by Jason Reitman, who also directed Juno and 2009’s superb Up In The Air. Reitman strips down his upper-class Libertarian style to a post-Sundance type of look, just as Cody stripped down her prose. The two act as though they have something to prove, even though in this critic’s eyes they don’t. Regardless, the pair make some daring artistic choices that pay off heartily for those who appreciate some dark humor. During my screening a few folks walked out in discomfort. I, however, was chuckling with glee.

Charlize Theron has proven with Monster that’s she willing to go the distance with any character, and Mavis is no exception. This woman is one screwed up puppy, and Theron colors her in so fully it’s amazing she isn’t getting more awards and accolades for this. Her performance is surely the unappreciated gem of 2011.

Patton Oswalt acquits himself well as Matt, and Patrick Wilson does a solid job as Buddy. The two actors have the quieter, less showy performances, but both bounce off Theron with equal spring and Cody gives them plenty of interesting avenues to explore. These guys aren’t props for thematic underlinings, they’re human beings; fully fleshed out. The ability to have multiple facets to their personalities is something Mavis lacks. Mavis is pure, unfiltered id.

With Young Adult Reitman and Cody prove that they are a talented pair that is here to stay, and they can stretch their talents across different styles and genres. Theron cements her status as an amazing actress, and Oswalt shows he can do a lot more than stand-up and bit parts in comedies. This is a great film, a funny film, and a dark film. If you’re looking for something to make you squirm and laugh, this is the one for you. 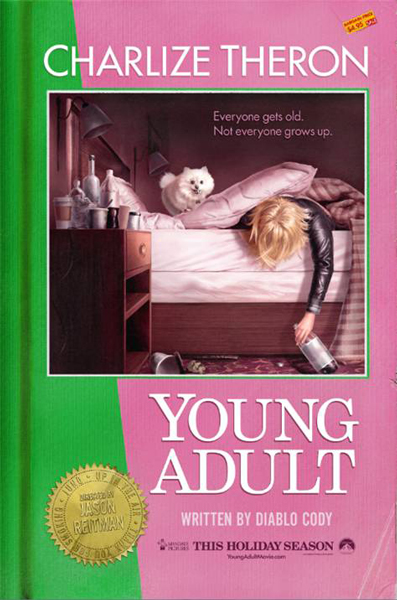