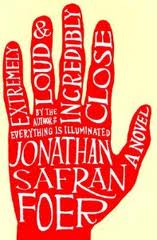 The upcoming film, Extremely Loud and Incredibly Close, based on a novel by Jonathan Safran Foer and focusing somewhat on the September 11th attacks on the United States in America in 2001 has finally garnered a release date. The film is set to hit theaters on December 25th, 2011 and is already gaining Oscar heat as it stars great actors and features a heart-cringing plot.

The film revolves around a young boy named Oskar Schell, who after losing his father in the 9/11 attacks discovers a key to a lock-box that leads him on an adventure across the state of New York.

The film stars Tom Hanks as the father, Sandra Bullock as the mother, Thomas Horn as Oskar and a variety of other great actors including John Goodman, James Gandolfini, Zoe Caldwell, Max von Sydow, Viola Davis and Jeffrey Wright.

The film with the Christmas release date is directed by Stephen Daldry and is due to ache and mend hearts at the end of this year.