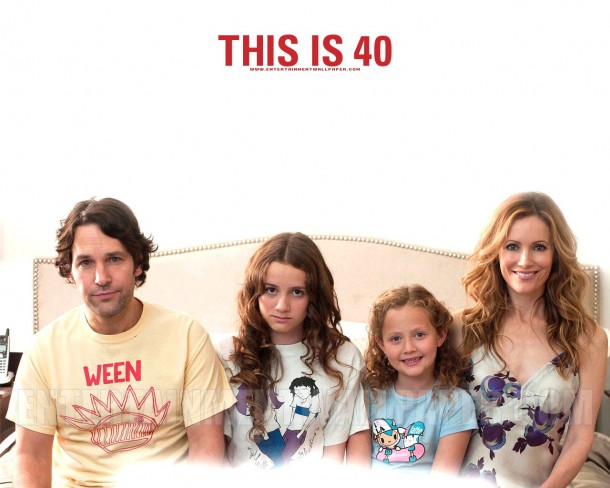 Judd Apatow has finally passed his sell by date. The comedic genius behind Freaks and Geeks, Undeclared, Knocked Up, and The Forty Year Old Virgin hasn’t lost his touch but he’s certainly lost perspective. 2009’s Funny People was a creative misfire that showed his ambition to be more than the dick-and-fart jokes guy, but This Is 40 reveals those intentions are misplaced. The mix of drama and comedy perfectly balanced by the filmmakers Apatow clearly loves, Wilder, Brooks and Crowe, is entirely absent here. When it comes to drama, Apatow can’t keep the momentum up and This Is 40 falls to its knees early and often.

Conceived as a semi-sequel to Knocked Up, This Is 40 takes Pete and Debbie, the bickering couple from the previous film, and gives them their own movie. 40 catches up with the married duo as they both turn 40 and have their own weird mid-life crises. Debbie is freaking out about hitting the big four-oh and worrying about her family’s happiness. Pete has been hiding bad financial news from Debbie, bad enough news that it could possibly lead to the family losing their home. Amidst these worries the pair have to deal with their quickly maturing daughters and their strained relationships with their fathers. There’s a lot of room for dynamic drama here, with great actors like Albert Brooks and John Lithgow showing up to play in Apatow’s sandbox. Unfortunately the director doesn’t seize any of the opportunity.

Instead, the writer/director tends to stray away from plot and more towards character dynamics. That isn’t unheard of for Apatow: his previous works have been films that are light on plot but big on heart and laughs. There’s only one problem: the two leads and their two children are immensely unlikeable. And what’s more, they’re uninteresting. And there’s no heart at all to This Is 40. Surely there’s a level of hell where demons force the damned to watch mind numbingly boring films, and those demons will be glad that Apatow has supplied them with a fresh film to put in their rotation. These characters fulfill the very definition of insanity and have the same arguments over and over and over again, expecting a different result but getting the same every time. Put this on a loop for two hours and fifteen minutes, and you’ve got a bona fide disaster here.

At the hour forty five mark, Apatow actually has Debbie suggest a divorce, and it was at this point that 40 actually had my attention. Did Apatow actual head where one never thought he would? Would 40 end with his characters ending their marriage? That would be daring and exciting, the kind of thing a younger Apatow would do. But no, these characters get a woefully undeserved happy ending, a happy ending devoid of meaning or purpose. It’s clear that 40 is meant to be a push in the direction of smart dramady, a way for Apatow to assert himself as a serious film maker. Unfortunately, 40 does little to prove that he has what it takes. 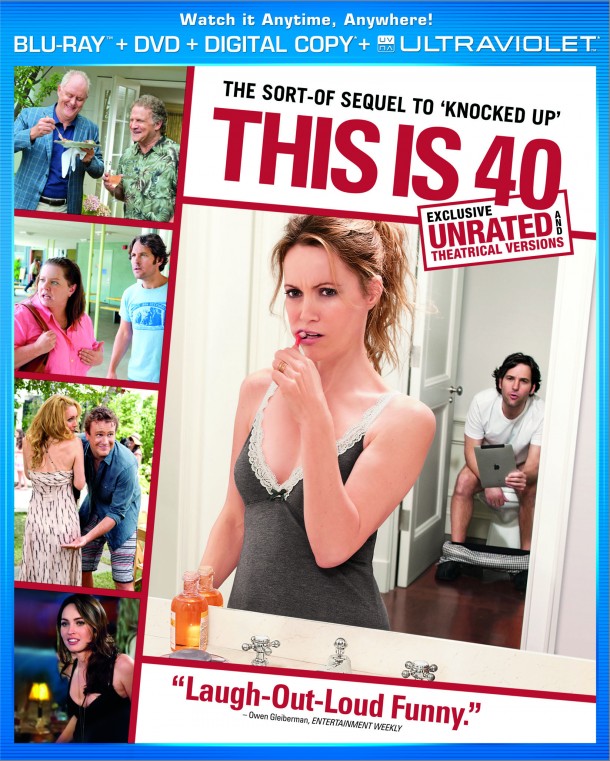 This Is 40 is now available on DVD and BluRay. You can order a copy right here.