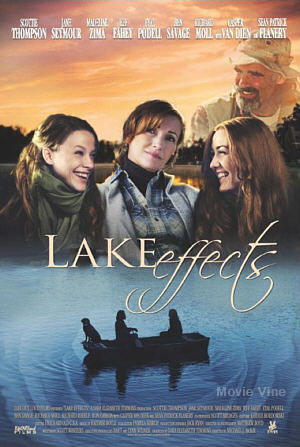 Lake Effects will premiere on The Hallmark Movie Channel on Sunday May 6, 2012 at 8:00 PM as part of the channel’s Mother’s Day Promotion. Additional air dates following the Premiere are TBD.

Here’s a bit more about movie: After the loss of their father, two estranged sisters, one a high-powered attorney and the other a small town girl, reunite with their mother at their enchanting family lake house where they grew up, and find that the secret to overcoming tragedy and rebuilding hope lies is their ability to look deeper at themselves.

It won’t be long before this Live Life Out Loud, LLC produced movie hits DVD.