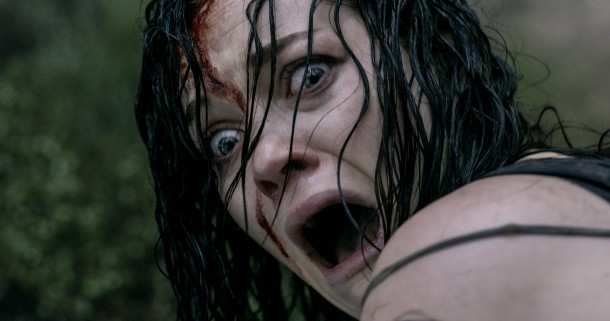 I’m not against remakes. Sure, Hollywood tends to lean on them a lot lately, but that’s only because audiences are usually more comfortable with the familiar than going to see something new. Whenever a remake is announced, fans get up in arms and gnash their teeth and exclaim “How could they do this!?!?!” and then swear a boycott publicly while being first in line opening day privately. Fan culture has a lot of problems, just as many as Hollywood, really, and their relationship with remakes is a major one.

I bring this all up because the Evil Dead remake has been a point of contention for nearly a decade now, and every time Sam Raimi or Bruce Campbell brought it up in the press fans had one basic reaction: “It better be hardcore, and Ash better be there. Why not just make an Evil Dead 4?”  Let’s set aside the fact that these thirty year old dudes with neck beards need to see Bruce Campbell so desperately so they can work out their identity issues, but focus on the charge that the movie better be “hardcore.” Fandom cried for it so long and so hard that the remake’s director Fede Alvarez made a point of mentioning the 70,000 gallons of fake blood used by the production. And I’ll be honest, Evil Dead is pretty hardcore. But to what point?

The first Evil Dead was a gory celebration of cheesy slasher/exploitation movies, and the second combined that with the gleeful anarchic spirit of the Three Stooges. There’s no real humor in this Evil Dead, nor is there any sense of anarchy. The demon in this Evil Dead is intent on just torture, straight up, and without anything to mix in with that there’s nothing really going on here that distinguishes this remake from the countless torture porn films that came in the wake of Saw. This Demon isn’t very creative, and that was part of the real horror and fun in the originals. This spirit is supposedly the ultimate Evil, a force that wants to fuck with you and make your skin crawl and taunt you and your loved ones all the while cracking jokes. There are plenty of squeamish moments in Evil Dead, but few, if any laughs. And anyone who understands Evil Dead will tell you that laughter’s part of the point.

I’ll give credit where’s it’s due: the cast all seem totally game for the extensive stunt work and practical terrors they have to go through. No one seems out of place, and you get the feeling that they’ve all seen and enjoyed the originals. The camera work is smart, and the editing avoids the quick cuts that plague most contemporary horror fils. You see every terrible thing that happens to these people clear as day, and if you’ve never seen an Evil Dead film before this is certainly a pleasant enough gateway drug to the rest of the franchise. But it all comes back to how “hardcore” the film wants/needs to be, and I think Alvarez and company were so scared of letting fans down that they forgot to focus on the other, less tangible elements that made the first movies so great. Any blockhead can make a brutal and violent piece of cinema. You just point the camera and shoot. It takes talent to weave that in with something else, something that will give the film substance so it’ll stand the test of time. I have a hard time believing that this remake will make the cut.

While watching Evil Dead all I could think about was how last year’s Cabin In The Woods basically made any sequel to Evil Dead pointless. Cabin perfect the franchise’s formula, providing laughs, terror, and insight into how the horror genre works and why we love it so much. Instead of simply remaking a beloved classic, the producers of Cabin took all they learned from films like Evil Dead and thought about it, processed it, and delivered something new. Instead of worry so much about remakes, fandom should focus on the new and the bold. Pulp cinema is dangerously close to resigning itself to a state of arrested development, but if fandom works hard and tries new things with as much energy as they consume remakes and sequels, we might be able to set things right. 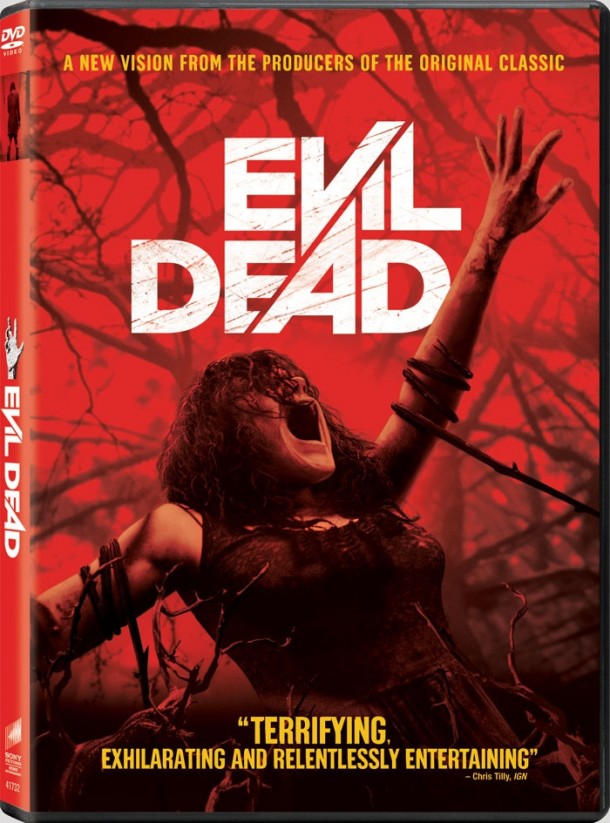 Evil Dead is now available on DVD and BluRay. You can order it right here.