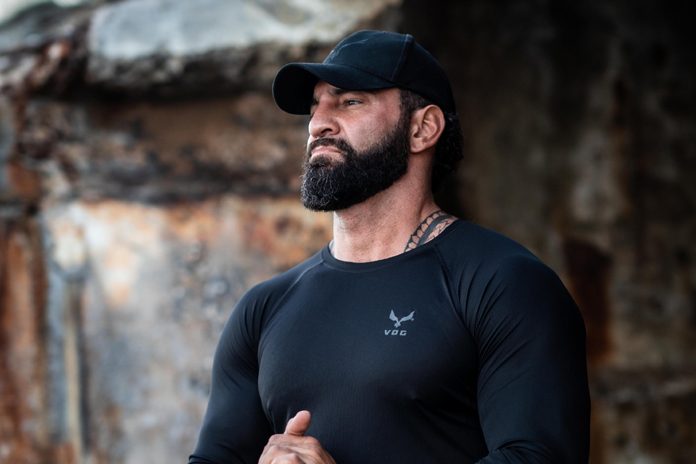 David Johnson Wood is a United States Marine Corp OEF combat veteran, who is in the new “Ip Man 4: The Finale” movie. The film was released in select theaters on December 20, 2019 (in Australia, China, Hong Kong, Indonesia, Malaysia, New Zealand, and Singapore) and December 25, 2019 (in the United Kingdom, and the United States). 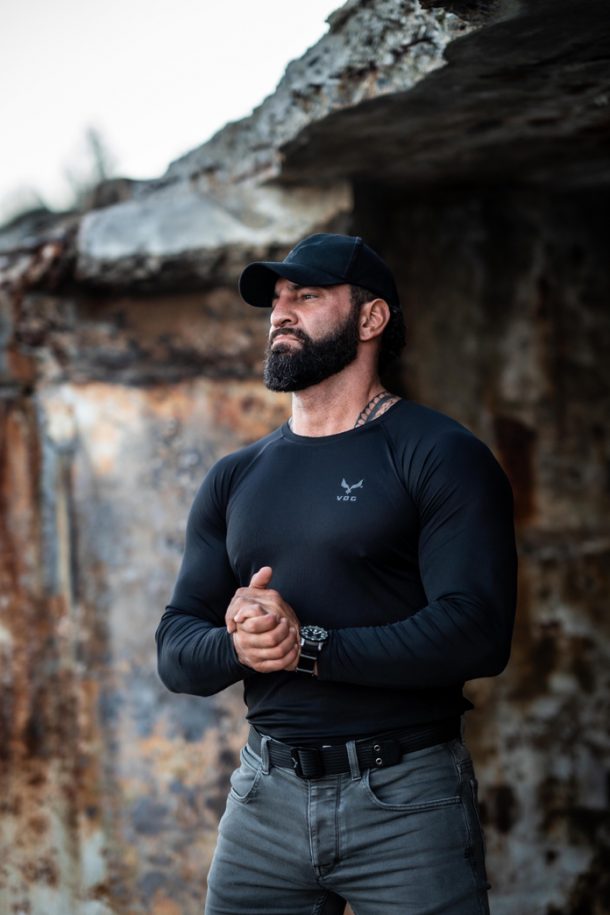 The film’s synopsis: “The Kung Fu master travels to the U.S. where his student has upset the local martial arts community by opening a Wing Chun school. Donnie Yen reprises his role as the legendary Wing Chun master in the grand finale of the revolutionary martial arts series. Following the death of his wife, Ip Man travels to San Francisco to ease tensions between the local kung fu masters and his star student, Bruce Lee, while searching for a better future for his son. From the action visionary behind “Kill Bill” and “The Matrix,” witness the heroic sendoff to the saga that inspired a new wave of martial arts movie fans.”

Below, David shares about his experience in the “Ip Man 4: The Finale” movie and his plans for the future of his business that he co-founded, Virtus Outdoor Group, where he designs digital camouflage clothing for every landscape.

Wendy Shepherd of Movie Vine: How did you get involved with “Ip Man 4: The Finale” movie?

David Johnson Wood: I had just finished playing a Marine MARSOC Operator fighting in Afghanistan in ‘Big Brother’ with Donnie Yen. After providing a lot of military skills on set to make scenes more authentic, I quickly became friends with the directors and with Donnie. I was asked to come and read the part for ‘Ipman 4’ by a friend I’d made through ‘Big Brother.’ I got the part that day.

Wendy: When and where was the movie filmed?

David: My part was filmed last year in Shanghai, but they filmed the movie over the last few years in multiple countries.

Wendy: What would you like people to know about your character?

David: I play a salty Marine Platoon Sergeant, I keep my young marines in order, moving and motivating them around the base.

Wendy: What were you able to bring to the production of the movie?

David: I was literally allowed to rewrite my lines and freestyle the voice-overs of another section. They wanted this gritty and authentic, so they were happy to let me play the role as I would in reality. It was a blast, we had a great time, and everything flowed organically.

Wendy: What challenges did you face while filming?

David: This cast and crew were the best I’ve ever worked with; there were zero challenges; everyone was brilliant; it was an honor to be involved.

Wendy: Do you have any interesting behind-the-scenes or stories to share from filming this movie?

David: I’m great mates with Chris Collins, so we had fun offset shooting the breeze. He’s a fellow Marine, and he and I both run our own companies in Hong Kong, so it was awesome getting to see him shine in this; his role was epic! Scott Adkins is a lovely guy as well; he’s a family guy through and through, he was chatting with his wife and kids in between scenes. That man has some moves; this was the first Martial Arts movie I’ve been a part of. My roles are usually with a weapon in full-on combat mode, so watching these guys was a real blessing and experience I’ll not forget.

Wendy: Would you like to do more movies with the people behind Ip Man?

David: Of course, I’m always game to work with professionals like them. I’ve worked in over a dozen films; these folks really are a notch above the rest.

Wendy: Do you plan to do more work in film and television? What’s coming up next?

David: Yes, but I’ll be focused on our extreme endurance reality series (‘Spartan Extreme Endurance’ Agoge’s’ and Virtus Outdoor Group adventure series), along with a documentary-style Extreme Evolution Series called ‘The Path’ that I’m working on in LATAM and Europe with my Marine and Navy Seal Brother, Marc Lonergan Hertel.

Wendy: Who is your inspiration in the entertainment field?

David: I’d say my inspirations are the Warriors that films and series are made about. The goal in my ‘entertainment’ career is to bring authentic warrior virtues to the industry through storyboard and live-action series, whether that be writing, acting, or being a military advisor, as I am doing more often now.

Wendy: Do you have any advice or tips for people getting involved in the entertainment field?

David: Network nonstop, you’ve got to get out there and get involved, get to know people, and hustle like crazy. If it’s what you love and you put your all into it, it’ll work out. Start with working on a set, lighting, costumes, water boy if you have to. Don’t ever assume you deserve something, earn it from the bottom all the way up, you’ll be grateful if you do.

On the entrepreneur front, your company Virtus Outdoor Group (VOG) just recently released a new fall/winter line of clothing. What’s next for your company?

We’ve just signed with Iturri (www.iturri.com) in Spain; they provide gear to 27 military outlets, so we’ll be focusing on a ton of new projects with them; I’m moving to Spain to spearhead our European presence. We’ve signed a dozen new countries in Europe and Asia already for exclusive distribution, so it’s just carefully building onto that and bringing in new gear each season. I’m in Hong Kong, Vietnam, Thailand, and China most of Q1, working on some amazing tech/A.I./game projects that you’ll see Q3, 2020. My U.S. Team is focusing on military and hunting camouflage and tech fabrics along with apparel lines for each.

We launch co-branded Spartan gear in Q1 as well, so that’s a beautiful way for VIRTUS OUTDOOR GROUP (VOG) to wrap up 2019 and aggressively begin 2020.

God has been lighting the Path for us clearly to see. 2020 and onward, we’ll be working behind the scenes in the mission field as well. Whether that’s continuing work with groups battling human trafficking or new channels for the great commission, the Path is illuminating before us.

David: I appreciate the interview, you can always see what I’m up to at @davidj_wood and @virtus.outdoors and see our latest gear and protects at VOGSTORE.COM

Here are some photos from behind-the-scenes of “Ip Man 4: The Finale” movie… 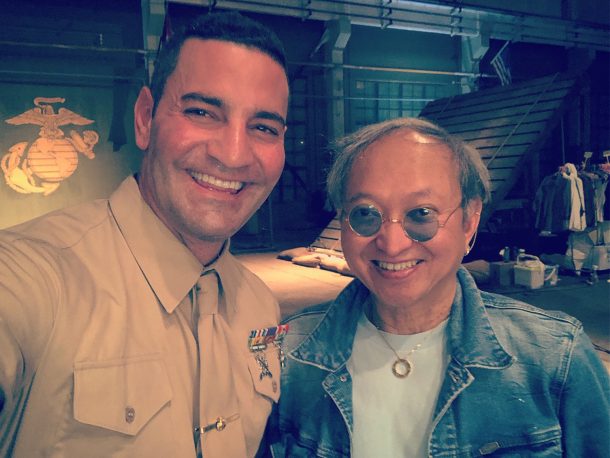 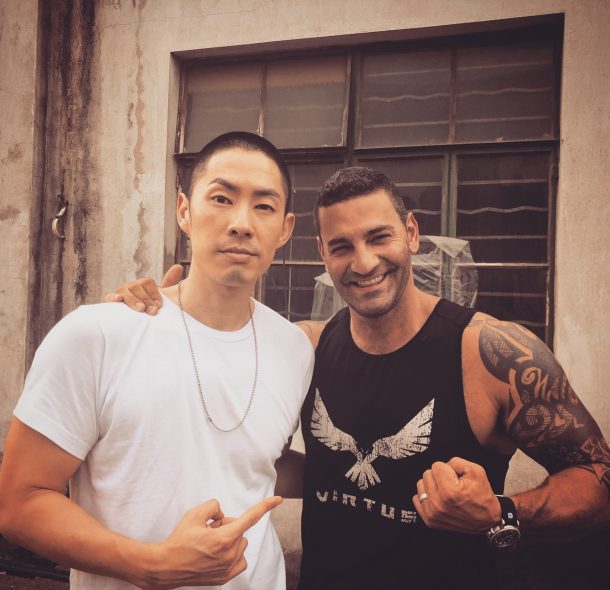 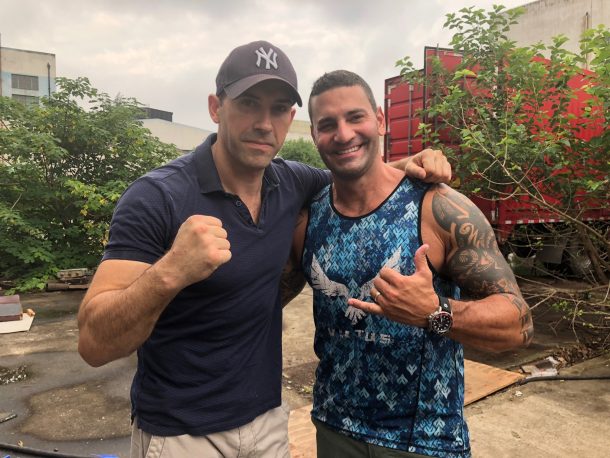 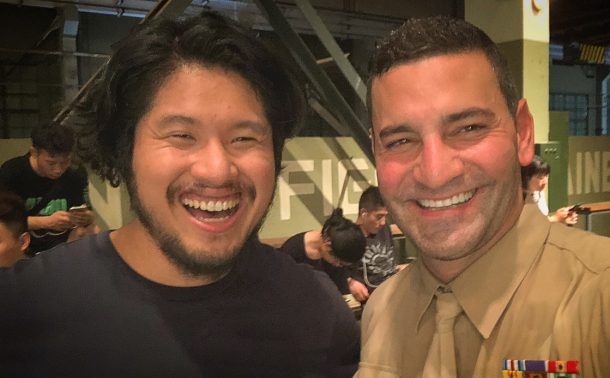 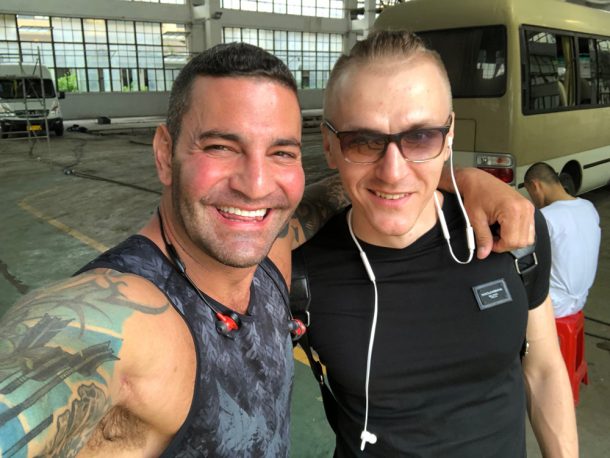 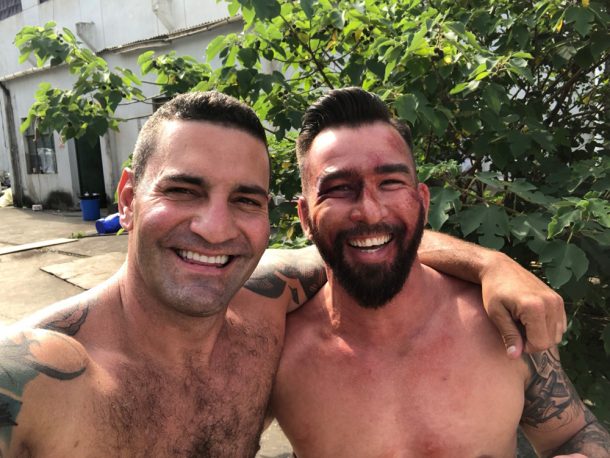 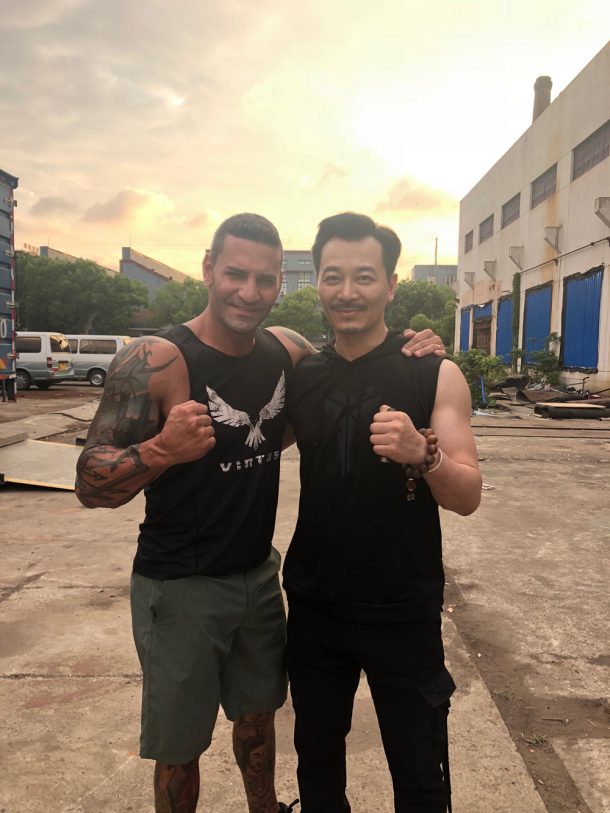 Thank you for reading this interview! ~ Wendy Shepherd