This year marks the 20th anniversary of Reservoir Dogs, Quentin Tarantino’s directorial debut, and what better way to celebrate the landmark filmmaker then a BluRay box set that includes eight films that best display his career? 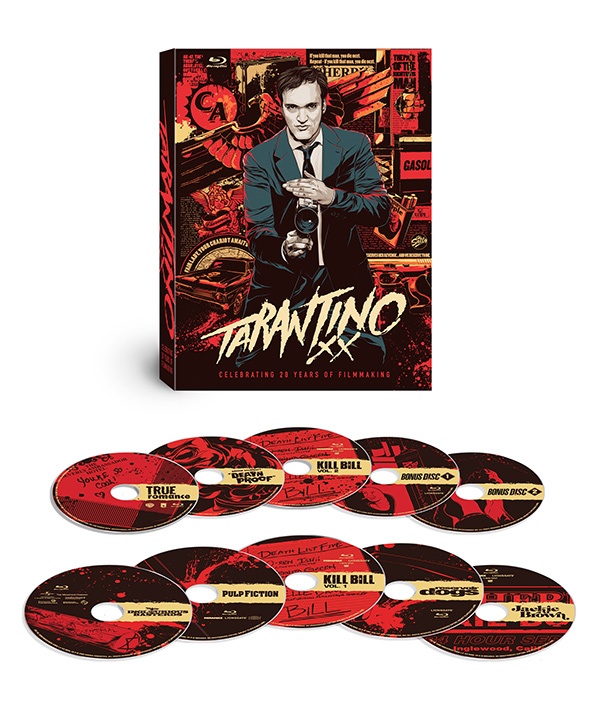 I already own Pulp Fiction and Jackie Brown on Blu, but I may splurge and pick up this set, particularly since it sports a case designed by Mondo.

There’s no pre-order link up yet, but we’ll add one in once it becomes available.