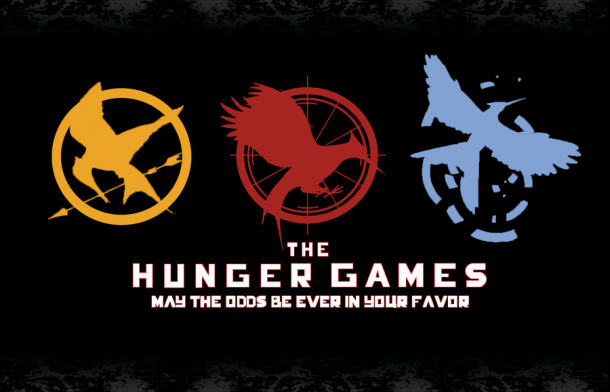 We’re just a few weeks away from the release of The Hunger Games, the film adaptation of the wildly successful novel of the same name. Lionsgate released a clip today that features the film’s heroine Katniss Everdeen as she shows off her archery prowess* to a panel of sponsors that may be able to back her when she fights for her life in the arena. It’s a pretty cool clip, and I dig the handheld aesthetic and the lack of slow-motion. This is a major character beat that isn’t treated as such, and the lack of underlining or highlighting the beat is refreshing.

In addition to the clip the Grammy award winning band Arcade Fire has released their single Abraham’s Daughter which will be featured on the Hunger Games soundtrack and play during the end credits. Arcade Fire’s front man Win Butler  asserts that the band went to the biblical story of Abraham and Isaac because of its parallel to the movie’s theme of child sacrifice. “So we made a weird, alternate-universe version of that, where it’s as if Abraham had a daughter — kind of a metaphor for Katniss,” he explained. Check out that song right here. It’s certainly a downbeat tune that fits the Hunger Games’ down-to-earth pessimism.

For those unfamiliar with Hunger Games, here’s a synopsis:

Every year in the ruins of what was once North America, the evil Capitol of the nation of Panem forces each of its twelve districts to send a teenage boy and girl to compete in the Hunger Games. A twisted punishment for a past uprising and an ongoing government intimidation tactic, The Hunger Games are a nationally televised event in which “Tributes” must fight with one another until one survivor remains. Pitted against highly-trained Tributes who have prepared for these Games their entire lives, Katniss is forced to rely upon her sharp instincts as well as the mentorship of drunken former victor Haymitch Abernathy. If she’s ever to return home to District 12, Katniss must make impossible choices in the arena that weigh survival against humanity and life against love. THE HUNGER GAMES is directed by Gary Ross, and produced by Nina Jacobson’s Color Force in tandem with producer Jon Kilik. Suzanne Collins’ best-selling novel, the first in a trilogy published by Scholastic that has over 16 million copies in print in the United States alone, has developed a massive global following.

*With Katniss, Hawkeye, and the girl in Brave, it is a really good year for bow and arrow enthusiasts….