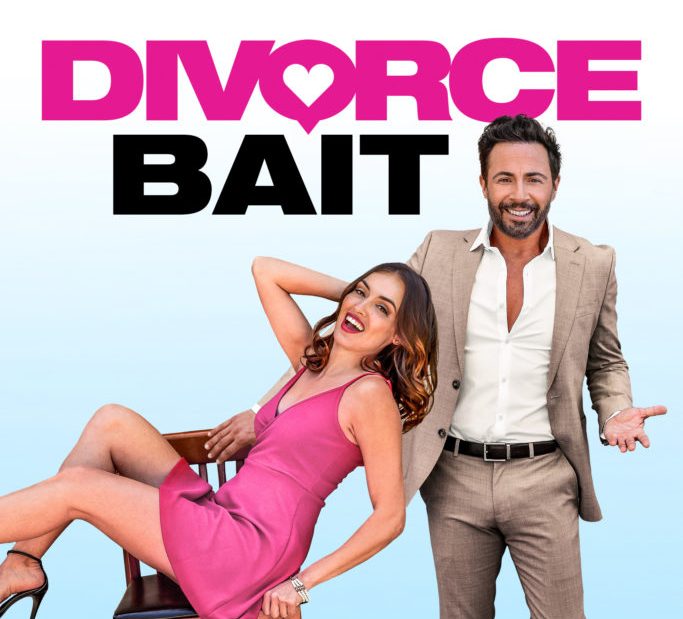 Following up on the success of their HBO rom-com “In Other Words” celebrating love across the language barrier, husband and wife duo Cristina Nava & Patrick Perez Vidauri are back with “Divorce Bait.” After acquiring North American rights in a bidding war, Samuel Goldwyn Films is releasing “Divorce Bait” in theaters and on digital platforms December 9.

In “Divorce Bait,” Alexis Laguna (Vannessa Vasquez) is a happily re-married, suburban housewife. But when she finds out that her friends are getting a divorce, and have begun to date others within their circle, she starts to spiral. Who can she trust? Alexis comes up with a plan. She announces on social media that she and Marco (Justin Berti) are getting a divorce to see which of her friends will try to steal her husband. Meanwhile, an old flame (Erik Fellows) comes back into Alexis’ life as she returns to her former career as a hand model. Now she must learn the true meaning of trust, or fail at yet another marriage.

This film breathes new life into the classic rom-com genre with a modern tale of love and trust. Vannessa Vasquez shines as the mistrusting and insecure wife, while Justin Berti is excellent as the long suffering husband who doesn’t want his marriage ruined by her crazy plan. Co-written and produced by Cristina Nava, and directed by Patrick Perez Vidauri on location in Porter Ranch California, the film features a diverse cast of upper middle class suburbanites navigating the vagaries of marriage and divorce. This husband and wife team use the realities of their own experiences and disagreements to bring an air of authenticity to the movie.

Check out where to watch “Divorce Bait” here. 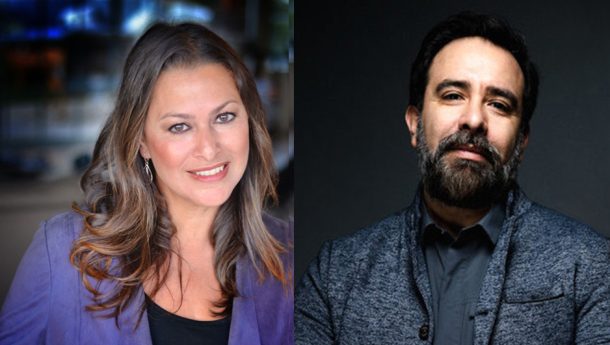 Patrick Perez Vidauri and Cristina Nava are based in Los Angeles. In 2011 they launched Migrant Filmworks Inc, producing cutting edge content for the burgeoning U.S. Latino market. They are also founding members of the collective of mid-career U.S. based filmmakers called Cinematicas, dedicated to advancing, accelerating, and amplifying Latino American storytelling.

Cristina Nava is a native Los Angeleno. As a member of the Writers Guild of America, Cristina Nava, began writing for film and television in 2008. In 2011, she produced her first film, “Lolas Love Shack.”

As a multifaceted writer and producer, in 2019 Cristina worked as a story producer for TELEMUNDO’s popular show, La Voz (The Voice). That same year, she worked with Stanford University School of Medicine to write and produce animation films about hypertension and diabetes for their Health Education program.

Over the years, Cristina has written and produced many projects, but she got her feet wet as a producer in 2008 when she co-wrote and produced a Hybrid Docu/Narrative Feature titled “Mitos, Ritos, y Tonterias,” a film about the negative effects of homophobia in the Latino Community. She was recently hired to adapt the novel “La Americana” the true meaning of trust, or fail at yet another marriage.

Co-written and produced by Cristina Nava, and directed by Patrick Perez Vidauri on location in Porter Ranch California, the latest film “Divorce Bait” features Latinx leads and a diverse cast of upper middle class suburbanites navigating the vagaries of marriage and divorce.

Patrick Perez Vidauri is an accomplished multi-hyphenate in film and television with a strong body of work in the comedy space. He got his start collaborating with Will Ferrell on his Spanish Language comedy “Casa de mi Padre.” Patrick also co-wrote and co-hosted the long running comedy/satire radio show “The Pocho Hour of Power” on 90.7 KPFK. He co-wrote and directed his first feature comedy, “Lola’s Love Shack” about three Latino boys coming of age in the urban U.S. Available worldwide, it won critics and audiences with its smart and funny tone. Will Ferrell had this to say about it, “Heartfelt and silly. It made me laugh, and I hate laughing.”

His 2nd feature film, the romantic comedy, “In Other Words”, is currently airing on HBO MAX. It won best feature at the Sacramento International Film fest and Best Cinematography at the Oklahoma City Film Festival. “Divorce Bait” marks his third feature comedy and pushes the envelope when it comes to outrageous and hilarious scenes. He has since directed two more feature comedies, which will be released in 2023 and 2024.

Patrick is also a union film and television producer and editor with over 60 television and film credits to his name. Patrick credits his editing experience with helping him become an efficient and insightful director. Patrick’s producing credits include shows for Netflix and MyNetwork TV to name a few. He is a 2nd generation Angeleno who grew up in Hacienda Heights, CA. He earned a BA in Anthropology at Columbia University and an MFA in Directing from UCLA Film School.