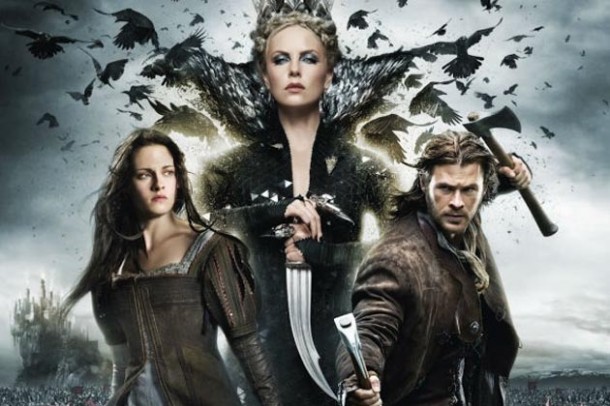 Snow White and the Huntsman (here on referred to as SWATH) is quite possibly the epitome of competent, inoffensive 21st century cinema. The film is based on a story every one already knows, it plays all the standard notes, has some nice imagery, and then wraps up before overstaying its welcome. Because of this, SWATH is almost entirely forgettable. There are a few nice artistic moments supplied by director Rupert Sanders, and two of the film’s three leads acquit themselves well, but the problem here is the transparent cash grab that SWATH is. I credit Universal for at least trying to do something interesting with this cash grab, but they didn’t do enough. Ultimately, there was no reason for this adaptation of the Grimm fairy tale to exist other than cashing in on brand recognition. With that in mind, it’s hard to get beyond that and actually give a damn about anything happening on screen.

The film opens with an overly grim first act setting up the familiar tale: The evil Queen (played by Charlize Theron) takes over a peaceful kingdom by seducing and murdering the king. She imprisons the King’s daughter Snow White because the plot calls for it, and eventually decides to kill her when she’s older and played by Kristen Stewart. Snow escapes however, and the Queen sends a hunter played by Chris Hemsworth after her. Instead of doing his job the hunter decides to train Snow White in combat so she can return to the kingdom and reclaim the throne. Dwarves get involved, as does a poisoned apple and a Prince Charming, but none of it matters.

I was profoundly bored throughout SWATH, but the irritating thing is I shouldn’t have been. Director Rupert Sanders has crafted something visually arresting for his feature debut, and SWATH is at times very beautiful. The Lord of the Rings visual touchstones are there, but SWATH also owes a bit to the latter Henson films The Dark Crystal and Labyrinth.  Hemsworth and Theron do some good work with the material, and Stewart tries her best to keep up.

The problem here is that we all know how this story will end, and we know how it will get there. If this were an original story inspired by fairy tales, with an ending not so obvious from the outset, than I’d be giving SWATH a higher recommendation. But it isn’t, and instead we’ve ended up with something best suited for TV displays at best Buy and Target, the videos that show off BluRay in all its glory. The BluRay for SWATH is very nice to look at, but I didn’t care for one second about anything that happened.

I can’t in good conscience recommend SWATH, but I can say that Rupert Sanders has a strong career ahead of him, and Chris Hemsworth cements his status as a star here. Theron is a good sport and Stewart won’t lose any work over this, but in a few years I can’t imagine this film ever existed, except as a footnote or bit of trivia. 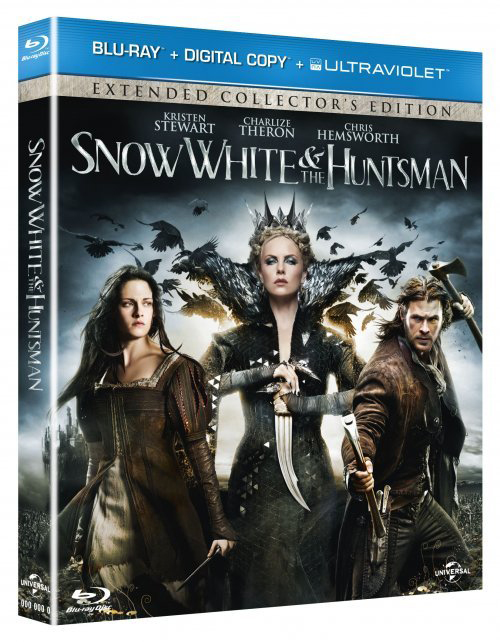 Snow White and the Huntsman is now available on BluRay. You can order a copy right here.