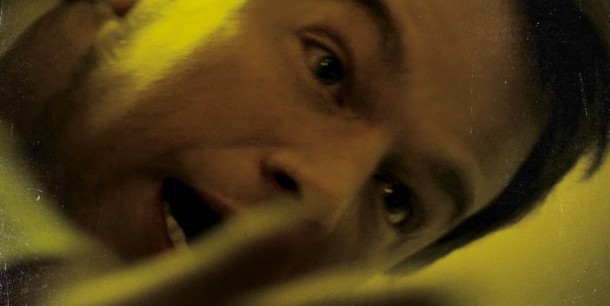 At first glance, Contagion looks like a hip throwback to the disaster films of the 70s such as Towering Inferno or Airport 1975 where a bunch of celebrities form an ensemble cast that faces a devastating crisis. With a trailer showing off Matt Damon, Kate Winslet, Laurence Fishburne, Gwyneth Paltrow, Jude Law, and Marion Cotillard fighting a mysterious disease and Steven Soderbergh behind the camera, Contagion could easily be summed up as Ocean’s Eleven meets Outbreak.

That’s accurate to a degree, but unlike those thrillers what Contagion truly excels at is scaring the crap out of viewers in all the right ways. After Contagion, never again will I look at doorknobs, water fountains, or even the handles on a car door the same way again. I’m sure as hell leery of public transportation now.

Contagion details the spread of a very nasty virus that seems to originate within Paltrow’s Beth Emhoff, a woman returning to the States from a business trip overseas. Beth quickly succumbs to the virus, and her husband Mitch (played by Matt Damon) must raise their daughter amidst the ensuing outbreak and chaos. Lawrence Fishburne and Kate Winslet play CDC agents looking for a cure, and Marion Cotillard and Jude Law’s minor stories offer glimpses at other parts of the world and how humanity slowly crumbles in the wake of a disease that can kill a person every 3 hours.

This isn’t the post-apocalyptic worlds we’ve seen in 28 Days Later or Children of Men, mind you. Soderbergh and screenwriter Scott Z Burns are wise to pull at society’s fraying strings slowly, treating the breakdown of communication and descent into anarchy with bone-chilling accuracy. Given proper circumstances, this could all easily come to pass.

The film makes some minor points about how humans will turn on another when death surrounds us and Hope can be bought, trademarked, and sold, but for the most part Soderbergh keeps this a character centric piece. The ensemble cast all do commendable jobs, some with surprisingly limited screen time (the bodies hit the floor in shocking speed and order), but one stands above the rest. Matt Damon has the least showy role of the bunch, but his quiet brand of heroism and solid morals is honestly inspiring. Contagion never points at Damon and says outright “This is what we should be like in the face of armageddon.” It lets us figure that out on our own. Soderbergh has never been one to hold the audience’s hand and show them the way, and Contagion benefits greatly from his faith in the audience.

It also benefits from some smart camerawork that lingers on subway rail car poles, half sipped glasses of water, and soap dispensers. You can throw scary numbers and statistics at the audience, but nothing is as chilling as the sight of a man coughing into his hands only to shake a woman’s hands seconds later. Those with OCD or germaphobic tendencies should absolutely not see Contagion. It’s enough to drive those with more carefree sensibilities to invest in a few crates of Purell.

If you think you can handle it, then I highly recommend checking out Contagion. 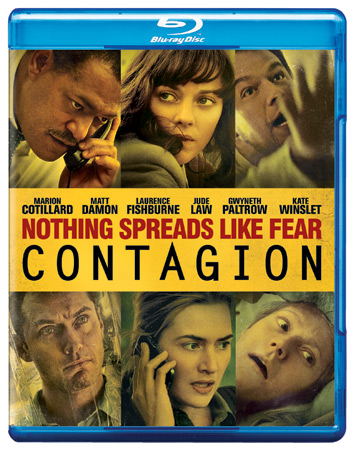 You can order Contagion on BluRay and DVD right here.