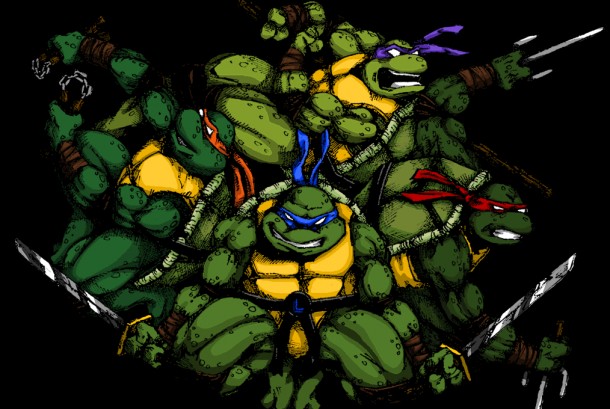 Transformers director Michael Bay has slated his update of the Teenage Mutant Ninja Turtles franchise for a winter 2013 release date, and he recently spoke about his intentions for the half shell heroes:

Nerds everywhere are already crying foul and claiming the turtles are definitely not aliens. I’m on record as a TMNT enthusiast but even so it’s weird to see folks treating this story about sewer dwelling pizza munching ninjas as sacred text, and it is even funnier (and nerdier) to point out that in the original comic the turtles actually did have slightly alien origins.

TCRI, the military sect that crafted the mutagenic ooze, was actually a secret base for alien Utroms. The Utroms were led by Krang, the pink squishy guy in a robot exoskeleton. Krang might actually be the major bad guy in this movie so they can save Shredder for the sequel. Maybe the film is skipping the accidental mutating and making the Turtles mutated by TCRI as an experiment. Or maybe Bay is talking in a bigger picture sense in that the film is about the Turtles discovering their origins. That idea was the original storyline in the comics after all.

Just some food for thought.