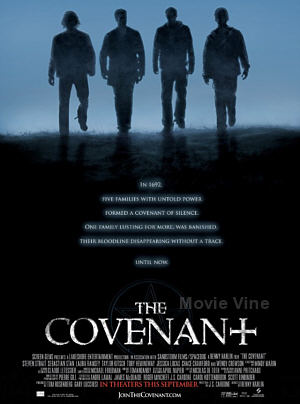 The Covenant is just like the movie The Craft.   In this 2006 film you have four young boys; Caleb (Steven Strait), Tyler (Chace Crawford), Reid ( Toby Hemingway), Pogue (Taylor Kitsch), who are from a long line of witches.  Their family lines trace back to the Salem witch trials.  The story centers around Caleb who is going to get his powers heightened on his 18th birthday.  He meets a girl named Sarah Wenham (Laura Ramsey) and becomes friends with the new guy ,Chase Collins (Sebastian Stan), who just newly transferred to the school.  Nobody knows that Chase is a descendent of the fifth family and is seeking revenge on the other families.  Caleb defeats Chase by putting him into the fire and wins Sarah’s love.